In Search of Germany 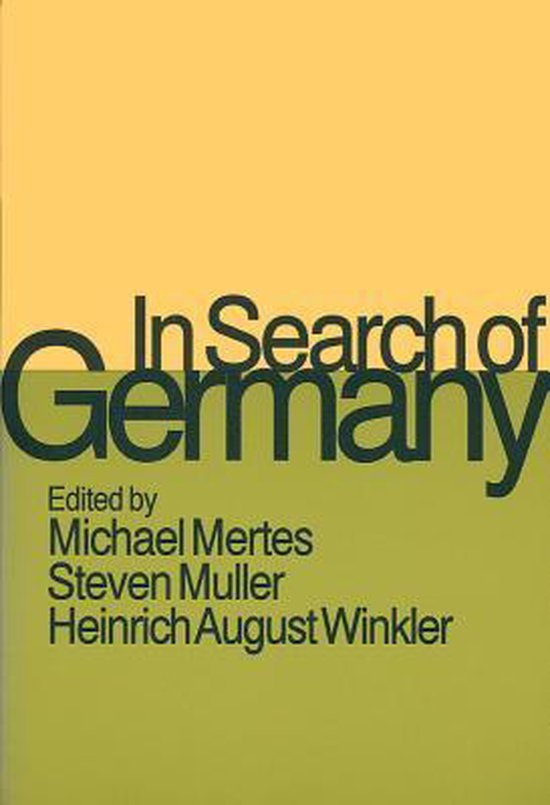 Much that has happened in the world since 1989 gives cause for elation, but there is also much that gives reason for alarm. The euphoria that attended the dismantling of the Berlin Wall and the collapse of communism has been compromised by tragic events in recent years, such as the bitter ethnic rivalries in Yugoslavia, the civil war in Rwanda, and the terrorist bombings in New York City and Oklahoma City. In Search of Germany seeks to accomplish three purposes: to initiate a review of the whole of the post-World War II period and consider what actually happened in the Federal Republic and in the German Democratic Republic during those forty years; to acknowledge that the present age of anxiety did not originate in 1989; and to see that Europe today is indeed in trouble and the difficulties that the world is experiencing have social, political, and intellectual roots. In Search of Germany is an augmented and enlarged collection derived from a special issue of Daedalus. Additions that have been made to the book include a chapter by Timothy Garton Ash entitled Germany's Choice, a concluding section by the editors, and an index. While the book focuses on Germany, it serves a wider purpose as well by also studying Europe, democracy, and modernity. The prejudices and fears of Germany, precisely because they are specific to and yet not peculiar to Germany, tell a great deal of why an earlier European (and American) optimism has been lost, and why so much contemporary political discourse avoids explicit consideration of really sensitive issues. Half a century after the end of World War II, there is interest not only in the policies pursued by the Nazi regime, the crimes it perpetrated throughout Europe, and the suffering it inflicted on hundreds of millions, but also on what preceded that unprecedented tragedy and what has followed it. In Search of Germany is a timely and significant analysis of contemporary world politics and will be necessary reading for political scientists, historians, and scholars of international studies.