Thinking About the Longstanding Problems of Virtue 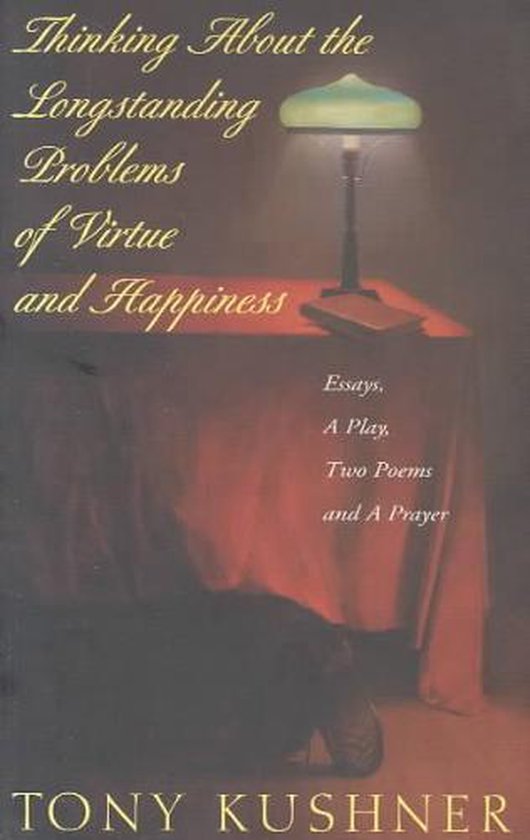 A collection of writings from the Tony Award- and Pulitzer Prize-winning author of Angels in America. This volume by Tony Kushner features the play Slavs!, a “comic, mordant and marvelously provocative&; look at the crumbling of the Soviet Union (SF Chronicle), as well as several essays, two poems and a prayer.


“Kushner is an intense and poetical writer, a great shaper of words.&; –Laurie Winer, LA Times

“Tony Kushner is drunk on ideas, on language, on the possibility of changing the world. His talent and his heart and his head are incendiary, combustible, explosive, heartbreakingly vital and on-target. This extraordinary new compendium contains enough haunting notions to keep anyone who cares sleepless for eternity. I want everyone to read him and listen to him and, yes goddamnit, think about what he says.&; –Larry Kramer

“Tony Kushner's Slavs! just might be the best out-take of a Pulitzer Prize-winning play ever written.&; –Greg Evans, Variety


Tony Kushner&;s plays include Angels in America; Hydriotaphia, or the Death of Dr. Brown; The Illusion, adapted from the play by Pierre Corneille; Slavs!; A Bright Room Called Day; Homebody/Kabul; Caroline, or Change, a musical with composer Jeanine Tesori; and The Intelligent Homosexual&;s Guide to Capitalism and Socialism with a Key to the Scriptures. He wrote the screenplays for Mike Nichols&;s film of Angels in America and for Steven Spielberg&;s Munich and Lincoln. His books include The Art of Maurice Sendak: 1980 to the Present; Brundibar, with illustrations by Maurice Sendak; and Wrestling with Zion: Progressive Jewish-American Responses to the Israeli-Palestinian Conflict, co-edited with Alisa Solomon.
Among many honors, Kushner is the recipient of a Pulitzer Prize, two Tony Awards, three Obie Awards, two Evening Standard Awards, an Olivier Award, an Emmy Award, two Oscar nominations, and the Steinberg Distinguished Playwright Award. He is a member of the American Academy of Arts and Letters. In 2012, he was awarded a National Medal of Arts by President Barack Obama. He lives in Manhattan with his husband, Mark Harris.