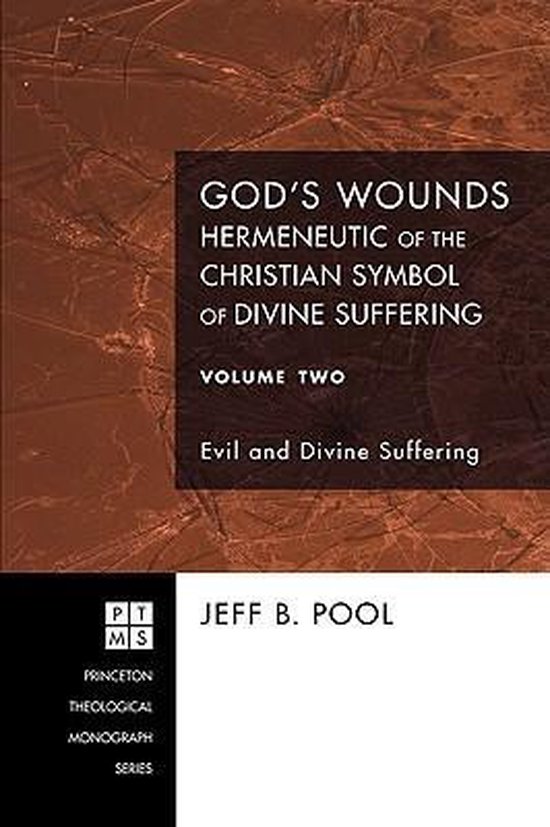 Description: This book constitutes the second volume of a three-volume study of Christian testimonies to divine suffering: God's Wounds: Hermeneutic of the Christian Symbol of Divine Suffering, vol. 2, Evil and Divine Suffering. The larger study focuses its inquiry into the testimonies to divine suffering themselves, seeking to allow the voices that attest to divine suffering to speak freely, then to discover and elucidate the internal logic or rationality of this family of testimonies, rather than defending these attestations against the dominant claims of classical Christian theism that have historically sought to eliminate such language altogether from Christian discourse about the nature and life of God. This second volume of studies proceeds on the basis of the presuppositions of this symbol, those implicit attestations that provide the conditions of possibility for divine suffering-that which constitutes divine vulnerability with respect to creation-as identified and examined in the first volume of this project: an understanding of God through the primary metaphor of love (""God is love""); and an understanding of the human as created in the image of God, with a life (though finite) analogous to the divine life-the imago Dei as love. The second volume then investigates the first two divine wounds or modes of divine suffering to which the larger family of testimonies to divine suffering normally attest: (1) divine grief, suffering because of betrayal by the beloved human or human sin; and (2) divine self-sacrifice, suffering for the beloved human in its bondage to sin or misery, to establish the possibility of redemption and reconciliation. Each divine wound, thus, constitutes a response to a creaturely occasion. The suffering in each divine wound also occurs in two stages: a passive stage and an active stage. In divine grief, God suffers because of human sin, betrayal of the divine lover by the beloved human: divine sorrow as the passive stage of divine grief; and divine anguish as the active stage of divine grief. In divine self-sacrifice, God suffers in response to the misery or bondage of the beloved human's infidelity: divine travail (focused on the divine incarnation in Jesus of Nazareth) as the active stage of divine self-sacrifice; and divine agony (focused on divine suffering in the crucifixion of Jesus of Nazareth) as the passive stage of divine self-sacrifice. Endorsements: ""Pool's book provides a probing study of the meaning of suffering and evil in the light of the Christian revelation. This second volume of a trilogy offers a depth of analysis of a perennial subject that contemporary theologians will value."" --Chester Gillis Georgetown University ""Jeff Pool's God's Wounds provides one of the most carefully written discussions of the relationship between evil and divine suffering. This deeply theological book offers a sustained treatment of a theme that many Christians invoke but few can discuss with any clarity: the meaning of divine suffering and its role in liberation from all forms of oppression. It ought to be read by anyone concerned with the contemporary meaning of the drama of sin and redemption."" --Stephen J. Pope Boston College ""The second volume of Jeff Pool's trilogy interprets the core of our Christian heritage as a story and message of divine suffering in loving response to the miseries of creaturely cupiditas. Consistent in his method and in his critical approach, while painstakingly careful in dealing with both the Bible and the flood of relevant studies, the author offers his readers a coherent and challenging construal of the biblical view of the universe and its destiny."" --Petr Macek, Charles University in Prague About the Contributor(s): Jeff B. Pool is Associate Professor of Religion, College Chaplain, and Director of the Campus Christian Center, Berea College, Berea, Kentucky.