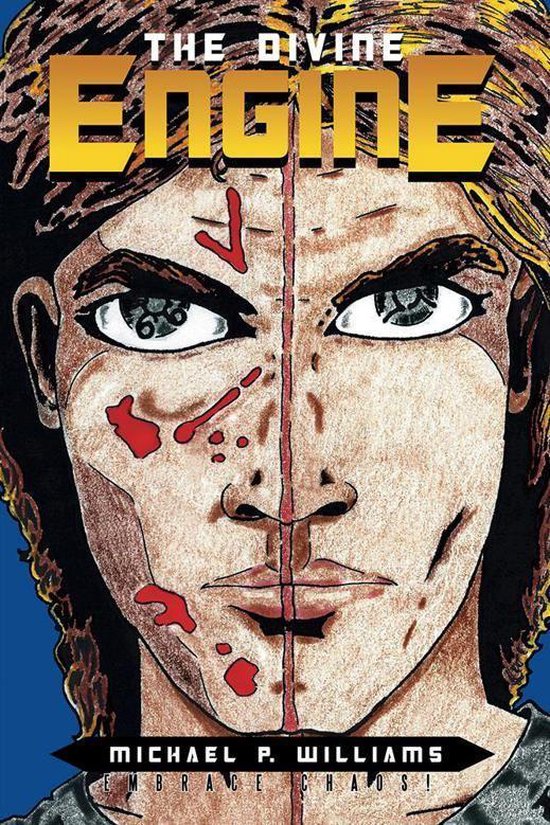 A past filled with sexual and emotional abuse has left Marcus Quincy, as he would often say, One more childhood trauma away from becoming the next Ted Bundy or John Wayne Gacy. Due to his tumultuous past, Marcus has frequently been exposed to the cruelty and ignorance of others and has slowly distanced himself from the outside world and all of the people in it. All, that is, but his beautiful wife Anna and their twin daughters Tara and Tori. Marcus loves his family more than life itself and he will do anything for them!

Marcus struggles with the concept of becoming the savior of a world he has spent his life hiding from, a world he has grown to despise. He reflects on his past, how ridicule and discrimination had molded him into a potential time bomb of violence and hatred, and how choice and the unconditional bond of love he shares with his family had saved him from that dark path. Guided by a being of light and hunted by a psychotic version of himself from another reality, Marcus embarks on a journey throughout the multiple realities of Heaven, Hell, and the known universe in search of the pieces to the Divine Engine, mankinds only hope of stopping Armageddon. The story unveils Marcus struggles with his past and his faith, humanity and all its frailties, the possible existence of Heaven and Hell, and above all else, the ripple effect a single choice can have on future events. Will Marcus find the faith within himself and all of humanity to gather the knowledge and power to confront pure evil? And can Marcus make the ultimate sacrifice to save the human race?