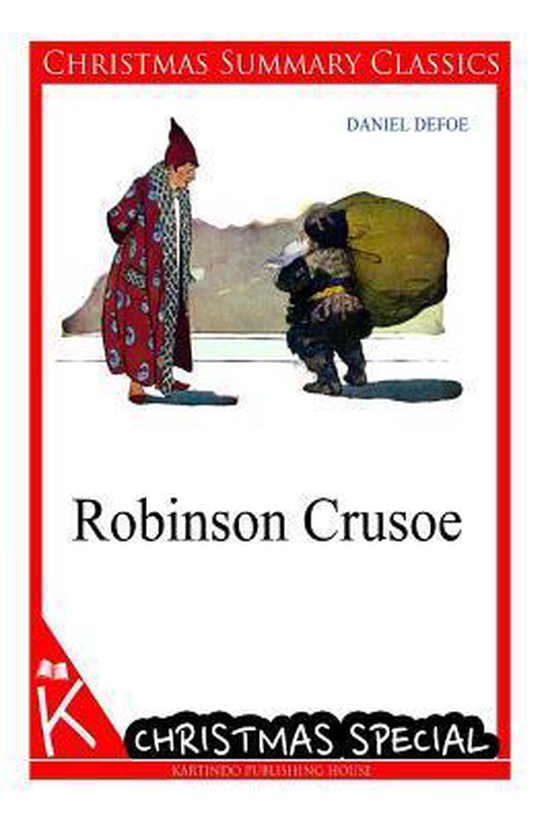 Christmas Summary Classics This series contains summary of Classic books such as Emma, Arne, Arabian Nights, Pride and prejudice, Tower of London, Wealth of Nations etc. Each book is specially crafted after reading complete book in less than 30 pages. One who wants to get joy of book reading especially in very less time can go for it. About The Book Robinson Crusoe Daniel Defoe, English novelist, historian and pamphleteer, was born in 1660 or 1661, in London, the son of James Foe, a butcher, and only assumed the name of De Foe, or Defoe, in middle life. He was brought up as a dissenter, and became a dealer in hosiery in the city. He early began to publish his opinions on social and political questions, and was an absolutely fearless writer, audacious and independent, so that he twice suffered imprisonment for his daring. The immortal ''Robinson Crusoe'' was published on April 25, 1719. Defoe was already fifty-eight years of age. It was the first English work of fiction that represented the men and manners of its own time as they were. It appeared in several parts, and the first part, which is here epitomised, was so successful that no fewer than four editions were printed in as many months. ''Robinson Crusoe'' was widely pirated, and its authorship gave rise to absurd rumours. Some claimed it had been written by Lord Oxford in the Tower; others that Defoe had appropriated Alexander Selkirk's papers. The latter idea was only justified inasmuch as the story was partly founded on Selkirk's adventures and partly on Dampier's voyages. Defoe died on April 26, 1731. For more eBooks visit www.kartindo.com