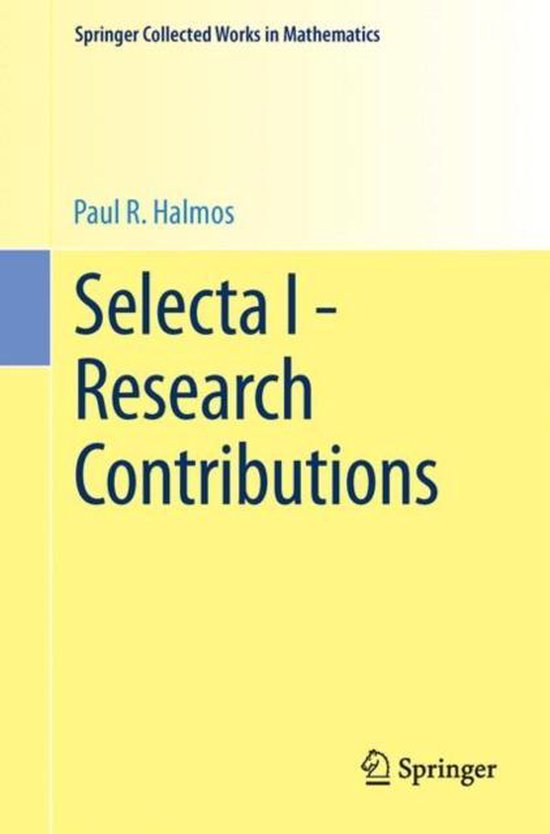 This volume and its companion present a selection of the mathematical writings of P. R. Halmos. The present volume consists of research publications plus two papers which, although of a more expository nature, were deemed primarily of interest to the specialist ("Ten Problems in Hilbert Space" (1970d), and" Ten Years in Hilbert Space" (1979b)). The remaining expository and all the popular writings are in the second volume. The papers in the present volume are arranged chronologically. As it happens, that arrangement also groups the papers according to subject matter: those published before 1950 deal with probability and measure theory, those after 1950 with operator theory. A series of papers from the mid 1950's on algebraic logic is excluded; the papers were republished by Chelsea (New York) in 1962 under the title" Algebraic Logic." This volume contains two introductory essays, one by Nathaniel Friedman on Halmos's work in ergodic theory, one by Donald Sarason on Halmos's work in operator theory. There is an essay by Leonard Gillman on Halmos's expository and popular writings in the second volume. The editors wish to express their thanks to the staff of Springer-Verlag. They are grateful also for the help of the following people: C. Apostol, W. B. Arveson, R. G. Douglas, C. Pearcy, S. Popa, P. Rosenthal, A. L. Shields, D. Voiculescu, S. Walsh. Berkeley, CA Donald E. Sarason vii WORK IN OPERATOR THEORY P. R. Halmos's first papers on Hilbert space operators appeared in 1950.