A Vision of Victory on Earth as in Heaven 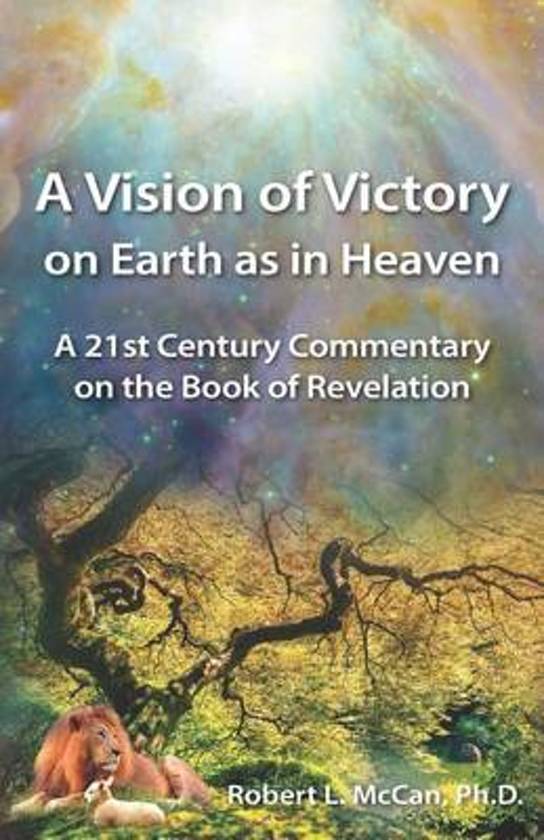 The book of Revelation becomes a living drama of love, justice, power, and destiny as Dr. Robert McCan helps the reader understand its mystical imagery and symbolic language. Revelation is the story of how God intends to fulfill the prayer Jesus taught his disciples: “Your kingdom come. Your will be done, on earth as it is in heaven.”Dr. McCan is a modern scholar who combines a judicious skepticism with profound appreciation for scripture. He illumines the Old Testament background, the symbolic language and the prophetic voice of John, the author of Revelation. Throughout his book Dr. McCan points to the various ways the themes of Revelation have been interpreted historically and how they can be interpreted for the 21st century. At the conclusion of each chapter are questions to facilitate use of the book for individual or group Bible study.In his introduction Dr. McCan invites the reader to consider different approaches to the interpretation of Revelation, perhaps the most mysterious book of the Bible. Dr. McCan then provides further background, historical context, and a detailed commentary on each chapter in Revelation.The Book of Revelation was written to seven churches on the west coast of what is now Turkey. Christians were facing the crisis of persecution and even martyrdom if they refused to participate in emperor worship. Revelation was written primarily to give superhuman courage to early Christians in the face of persecution. Its message nevertheless applies to 21st century Christians who also face apparently insurmountable problems—inconceivably destructive weapons of war, ecological degradation and climate change, and social and economic systems rooted in greed and exploitation.The first chapter of Revelation portrays Christ in all of his power and glory standing among the seven churches, guiding the destiny of humanity. Chapters 2 and 3 of Revelation contain letters written by John to each of the seven churches. His detailed description of their circumstances and his words of challenge and comfort demonstrate his intimate knowledge of the churches. In chapters 4 and 5 of Revelation John moves away from the persecution on earth to a vision of heaven, with the “great company of heaven” singing an exultant hymn of praise to God for His work of creation. This is followed by a hymn to Christ for his redemption of humanity. Christians are shown that Caesar’s power is ultimately very limited in the presence of this immense love.Chapters 6-18 present visions of seven seals opened, seven trumpets sounded, and seven bowls of wrath poured out. These symbolize God’s partial judgments on unjust rulers and systems of governance. The visions of destruction are meant to be calls to repentance—until the seventh trumpet sounds and a final judgment is pronounced.Chapters 18-22 deal with the end of history. Satan is chained. Seven different visions of Christ’s return are presented, each relating to an Old Testament prophecy and bringing a new insight. Dr. McCan concludes that God is waiting for our human response before determining the fate of history. Either “the kingdom of the world [must] become the kingdom of our Lord and of his Messiah,” a global community of humanity, or the scroll of history will be rolled up and life on earth will end. Finally, a New Jerusalem comes down from heaven. Jesus’s prayer is answered and God’s kingdom comes on earth. The New Jerusalem naturally includes the Jewish people, but its doors are also wide open to welcome every tribe and people and religious expression.Dr. McCan’s Afterword is a call to 21st century Christians to become “sacred activists” working as co-creators with God to bring God’s kingdom on earth. Appendices go deeper into the history of Hebrew apocalyptic literature and an examination of “end time prophesies” in contemporary fundamentalist churches. This book offers an alternative approach to interpreting Revelation that speaks profoundly to the issues of our time.