Too Late to Go Home? 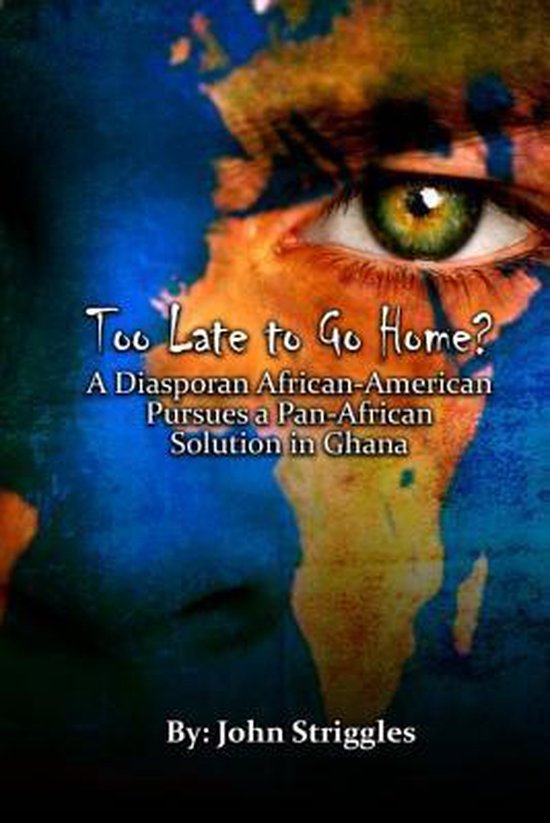 The last 500 years of modern history in the West have witnessed Europeans (whites) wage continuous war and form the USA (United States of America) and European Union, both of which are characterized today by large, global economies of scale.This same 500-year time period witnessed the East, characterized by China (and Japan), suffer intrusions by the West, but manage to maintain its cultural unity and today create a large, global economy of scale, capable of competing with the West.The book Too Late to Go Home? addresses what the last 500 years of modern history have reaped in Ghana (and black Africa) from the point of view of a historically-conscious, African-centric African-American, who has returned home to the Continent to live. His story critically describes a warm, mostly-accepting, culturally cohesive people (i.e., the masses) who willingly suffer a grossly inadequate infrastructure, educational system, and ruling political class. Despite an apparent abundance of natural resources (dams, gold, oil, etc.) and a glorious pre-colonial history, Too Late to Go Home? describes a so-called developing Ghana (and black Africa) that looks poised to function as a second-class society in-perpetuity, unless an updated, Nkrumah-like, Pan-African vision is adopted by its leaders (politicians, academicians, ministers, tribal leaders) to transform the society. Too Late to Go Home? is a scholarly, but “no holds barred,” look at Ghana’s (and black Africa’s) glaring problems, but it presents a solution in the form of a Pan-African, economic model and equation that could be used to uplift the entire country, instead of just the ruling classes. Depending on the clock (paradigm) one uses, time is running out, if it hasn’t run out already!