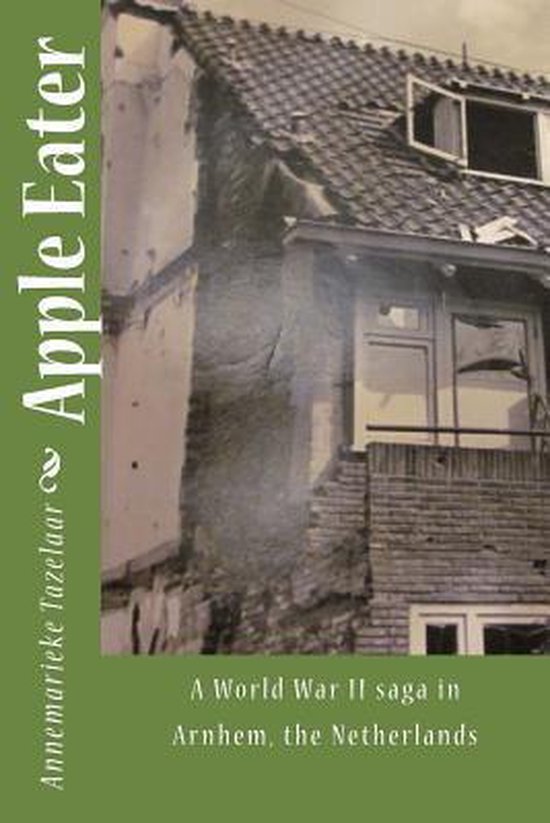 On May 10, l940, German bombs pelt areas close to the Koning home in Arnhem. The next day, German troops overrun the city and other parts of the country. Days later, when Rotterdam is gutted with bombs, the Dutch government capitulates. Soon after, Mark Koning’s brother Lincoln arrives from America. Lincoln's carefree attitude charms the children, but Mark’s wife, Nella, fears he might put her family in jeopardy with his zest for adventure. In Amsterdam, Jitse Wieringa, a Friesian Christian, worries about his Jewish wife and their 13-year-old daughter, Joslyn. Alecja is a translator for the German government, but when a German officer meets her young daughter and demands that the girl come to live at his villa, Jitse hides his family in his sculpture studio. Fearing this is still not safe, he finds a place for their daughter in an orphanage run by Dominican nuns. He brings her the Apple Eater, his hand-carved statue of a life-sized boy, and it becomes a favorite in the cloister, hugged by starving and diseased children. Later in the war, the Konings survive Operation Market Garden, as 10,000 British paratroopers land from gliders and march into Arnhem. German forces mobilize quickly and defeat the British. The Konings narrowly escape with their lives, but their house is damaged. All citizens, including the Konings, have to evacuate the city. After a grueling ten-day trek through the snow on open horse-drawn carts, the family ends up in a small northern village. Lincoln survives harrowing adventures, but his devil-may-care attitude changes when his girlfriend is shot and killed. For her own safety, Joslyn leaves the convent and joins her uncle’s family in the northern province of Friesland.The Koning family, Lincoln, and Joslyn experience the end of the war in the village, before returning to war-devastated Arnhem.