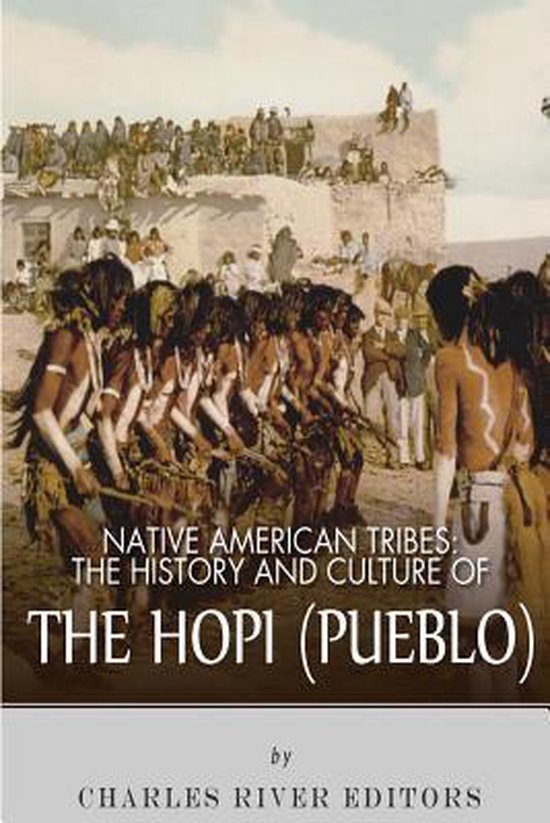 *Includes pictures of important people and places.
*Explains the origins, history, religion, and social structure of the Hopi
*Includes a Bibliography for further reading.
Before you take any decision, consider its effect on the next seven generations.  Hopi proverb
From the Trail of Tears to Wounded Knee and Little Bighorn, the narrative of American history is incomplete without the inclusion of the Native Americans that lived on the continent before European settlers arrived in the 16th and 17th centuries. Since the first contact between natives and settlers, tribes like the Sioux, Cherokee, and Navajo have both fascinated and perplexed outsiders with their history, language, and culture. In Charles River Editors Native American Tribes series, readers can get caught up to speed on the history and culture of North Americas most famous native tribes in the time it takes to finish a commute, while learning interesting facts long forgotten or never known.
When European settlers and later American settlers came into contact with Native American tribes on the continent, they were frequently unable to differentiate between the subcultures within individual tribes, leading to all kinds of misunderstandings. As a result, one of the most misunderstood tribes is the Hopi, who were just one of the tribes that the Spanish categorized as Pueblo. Thus, while most Americans have heard of the Pueblo and Navajo, many remain unfamiliar with distinctions within the tribes.
The Pueblo fascinated those who came across their settlements, especially those located in desert regions and the sides of cliffs that involved the use of adobe mud, stone, carving homes out of cliffs. One such settlement, Oraibi, was created by the Hopi around 1100 A.D. and remains one of the oldest continuously inhabited settlements in North America. The Spanish were so intrigued by the structure of the communities that they gave the natives the name Pueblo, a term they used to measure certain sizes for their own settlements.
Today the names Hopi and Zuni are virtually synonymous with the Ancient Puebloan culture. Occupying a large portion of what is essentially the Navajo Nation Reservation, spanning Navajo and Coconino Counties on the edge of the Painted Desert, the Hopi (Ho-pee, a shortened form of Hopituh-Shi-nu-mu, meaning "peaceful people") are the westernmost of the Pueblo Native American groups. Though the Hopi claim no blood ties to the Navajo, and their cohabitational arrangement remains a source of continual conflict among the tribes, the federal government allotted the reservation to both ethnic groups. And while the Navajo make no ancestral claims to the ancient Puebloan culture, both the Hopi and Zuni (who live primarily in the Pueblo of Zuni on the Zuni River in western New Mexico) claim ancestral ties to many of the ancient Puebloan sites and share many of the same ancient traditions.
Perhaps most importantly, the location of the Hopi, and all the contact between them and European settlers, have helped create a thorough understanding of their culture. Explorers and anthropologists who came to Oraibi also learned enough about the culture there to come to understand the links between the Hopi and other tribes. While they ultimately suffered a similar fate to other tribes and were settled onto a reservation, there are still over 10,000 Hopi today, and their history continues to fascinate researchers.
Native American Tribes: The History and Culture of the Hopi (Pueblo) comprehensively covers the culture and history of the famous tribe, profiling their origins, their way of life, their famous leaders, and their lasting legacy. Along with pictures of important people, places, and events, you will learn about the Hopi like you never have before, in no time at all.