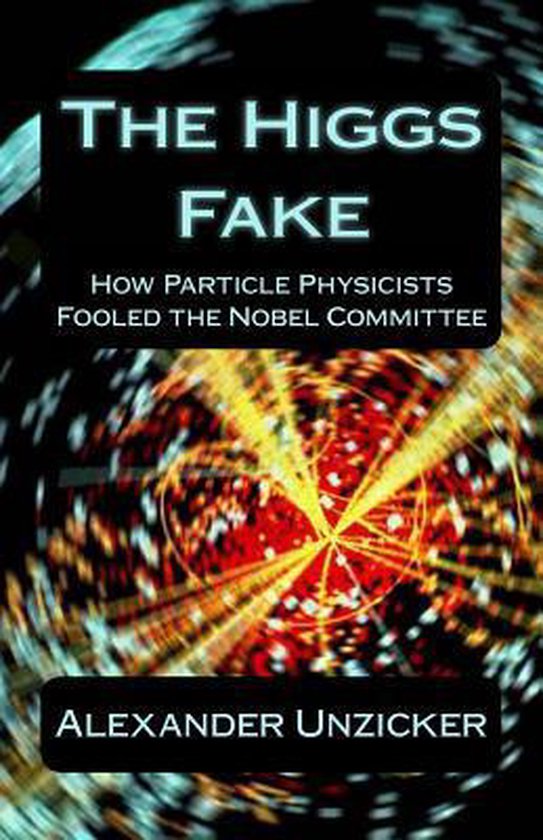 Does This Yearâ€™s Nobel Prize In Physics Make Einstein Turn In His Grave?The Higgs Fake â€“ How Particle Physicists Fooled the Nobel Committee is a merciless critique of the Large Hadron Collider at CERN and of the theoretical model on which the worldâ€™s most expensive experiment is based. Unzicker, a German physicist and award-winning science writer, argues that the reaction of the Swedish Academy to last yearâ€™s discovery appears to be a result of being beguiled by CERNâ€™s attempts to justify the billions of dollars of public money being spent.The book starts off by claiming that the greatest physicists such as Einstein, Dirac of SchrĂ¶dinger would have considered the â€śdiscoveryâ€ť of the Higgs particle ridiculous. The reasons, according to the author, are that: â€ś1) the so-called standard model has grown unbelievably complicated, 2) none of the great riddles of physics that have persisted for a century have been solved, 3) history suggests that the current model is a dead end, 4) with their ever-more intricate experimental techniques, particle physicists are fooling themselves with alleged results, 5) scientific convictions in the community are established by blind faith in expert opinions, group-think and parroting, and 6) the data analysis in its complexity cannot be overseen by anybody.â€ťUnzicker gives a historical survey of the field, and concludes that particle physics, as practiced since 1930, is â€śa futile enterprise in its entirety.â€ť The book is peppered with a series of funny quotes from famous philosophers and scientists. In the last section, â€śAntidotes,â€ť he specifically attacks â€śthe overstated claims by famous physicists such as Rolf-Dieter Heuer, Michio Kaku, Lisa Randall, Sean Carroll, Brian Cox and Jim Al-Khalili.â€ť At the end, Unzicker lists questions that he would like to be asked to particle physicists at press conferences, hearings and discussions.Unzicker's books have been praised as â€śwell-grounded, sound, [and] informed,â€ť and as â€śvehement pleading for physics as a natural science, in its best tradition,â€ť but also dismissed by particle physicists as an â€śincoherent rantâ€ť and â€śtime-wasting nonsense.â€ť The new book, written in an even more explicit and provocative tone, is likely to upset the high energy physics community.Praise for previous books of the author:The assertion that â€śscience means, after all, not being a suckerâ€ť is well worth taking to heart. â€“ Publishersweekly A broad dismissal of modern theoretical physicistsâ€¦Unzicker also targets the massive expenditures of funds on high-energy particle accelerators. â€“ Kirkus ReviewsUnzicker dares to think outside the mainstream. A refreshing and provoking book... â€“ Prof. Hans Volker Klapdor-Kleingrothaus, University of Heidelberg Timely needed revision of contemporary physicsÂ´ idiocies. â€“ Prof. Antonio Ruiz de Elvira, University of AlcalĂˇ de Henares A passionate and profound search for scientific truth. Unzicker's questions to particle physicists at CERN are justified. PD Peter Thirolf, nuclear physicist at Munich University.A major contribution to physics... Unzicker is pointing out that the emperor is naked... The establishment scientists will curse and moan. â€“ Edwin E Klingman, author, former NASA Research Physicist