How To Make Effective Legislative Proposals 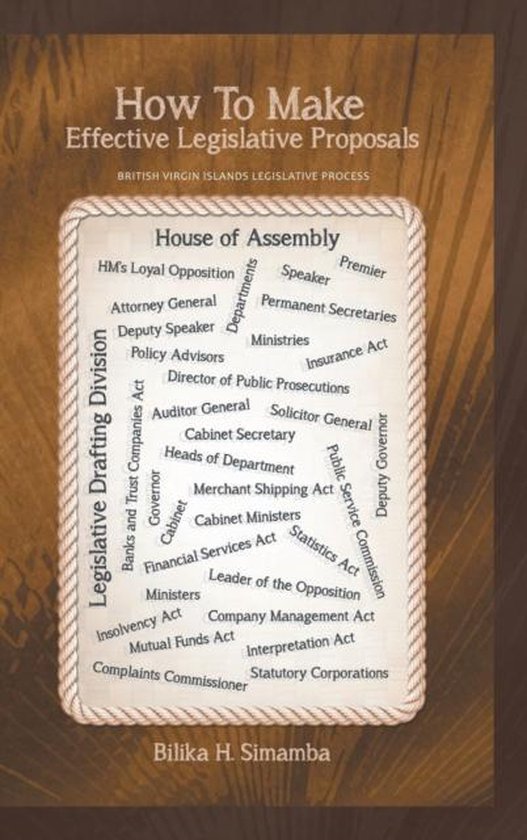 This book outlines the way in which legislative proposals in Jamaica are conceived and processed. It also contains best practice suggestions on working with Parliamentary Counsel. Those suggestions are based on the authors well-received earlier publication The Legislative Process: A Handbook for Public Officials (2009). That book was featured significantly in The Parliamentarian: Journal of Commonwealth Parliaments, 2010, Issue 1 XCI. In a review contained in The Loophole: Journal of the Commonwealth Association of Legislative Counsel (August, 2010), the reviewer wrote, In these times of recession I commend this book to anyone in Government wishing to improve processes to enable the production of legislation with improved efficiency and cost effectiveness. And in the Statute Law Review (April, 2010), 31(2), with reference to its suggestions for improved efficiency, it was said that ... there is little that can be described as other than good advice here.