The History of Nuclear War I 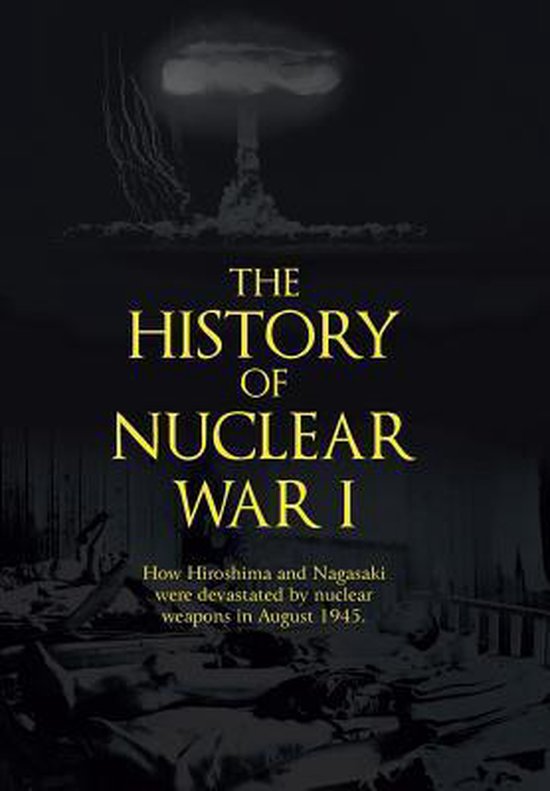 In August of 1945, some 200,000 people died at Hiroshima and Nagasaki from two nuclear weapon explosions during Nuclear War I. This book details the following historical events that led to Nuclear War I: Fermi and Szilard worked on nuclear fission at Columbia University in 1939. Plutonium-239 was discovered in 1940. Einstein informed President Roosevelt of possible German uranium bombs. Fermi built the world's first nuclear reactor in 1942, to manufacture plutonium. General Groves and Oppenheimer led the U.S. effort to build atomic bombs as part of the Manhattan Project. Soviet spies infiltrated the Manhattan Project. The Trinity Test on July 16, 1945, was the world's first nuclear explosion. The Pope (1943) and many scientists spoke against the use of nuclear weapons. Truman became President on April 12, 1945 and first learned of the Manhattan Project. The B-29 bomber was selected to deliver atomic bombs to Japan. On August 6, 1945, an atomic bomb (uranium) was exploded over the Japanese city of Hiroshima. For three days (August 6th to the 9th) hope abounded that Japan would surrender but preparations for more nuclear war continued. On August 9, 1945, an atomic bomb (plutonium) was exploded over the Japanese city of Nagasaki. Emperor Hirohito survived a coup by angry military officers and Japan surrendered on August 14, 1945.