Joan of the Sword Hand - The Original Classic Edition 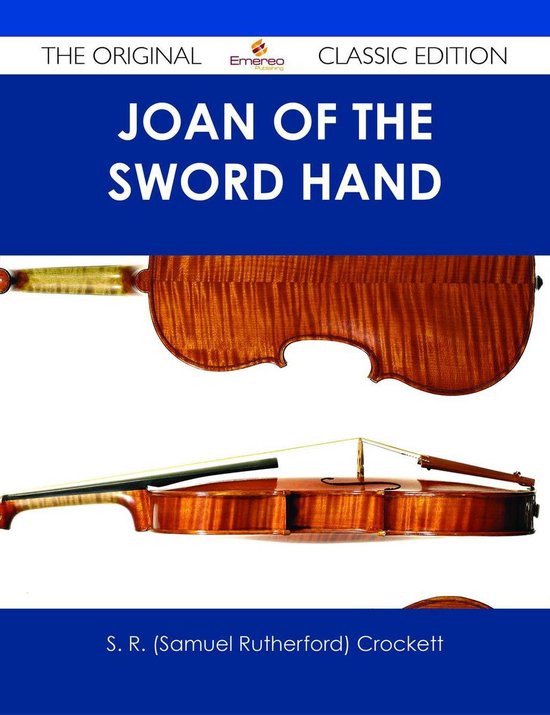 Finally available, a high quality book of the original classic edition of Joan of the Sword Hand. It was previously published by other bona fide publishers, and is now, after many years, back in print.


This is a new and freshly published edition of this culturally important work by S. R. (Samuel Rutherford) Crockett, which is now, at last, again available to you.


Get the PDF and EPUB NOW as well. Included in your purchase you have Joan of the Sword Hand in EPUB AND PDF format to read on any tablet, eReader, desktop, laptop or smartphone simultaneous - Get it NOW.


Enjoy this classic work today. These selected paragraphs distill the contents and give you a quick look inside Joan of the Sword Hand:


And with their rings upon their little fingers the two burly captains went down the narrow stair of Castle Kernsberg, nudging each other jovially in the dark places as if they had again been men-at-arms and no captains, as in the old days before the death of Karl the Usurper and the coming back of the legitimate Princess Helene into her rights. ...'Now, worthy soldiers of Plassenburg,' he went on, 'be it known to you that if (to suppose a case which will not happen) I were to tell our Lady Joan what you have confessed to us here and boasted of—that you lied and double lied to her—I lay my life and the lives of these good fellowsPg 12 that the pair of you would be aswing from the corner gallery of the Lion's Tower in something under five minutes.'


Barrie and the Kailyard school of sentimental, homey writing had created a demand for stories in Lowland Scots, when Crockett published his successful story of The Stickit Minister during 1893. ...He died in France on holiday in early 1914, and the subsequent outbreak of the First World War meant a delay in his remains being buried in his home kirkyard at Balmaghie.