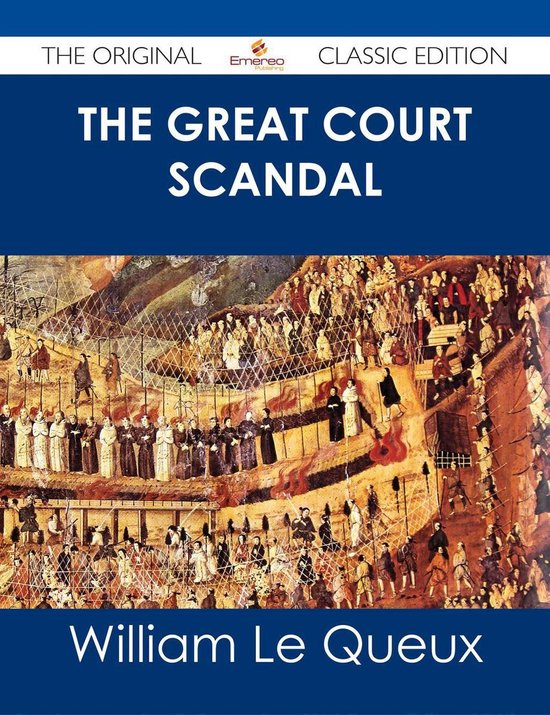 Finally available, a high quality book of the original classic edition of The Great Court Scandal. It was previously published by other bona fide publishers, and is now, after many years, back in print.


This is a new and freshly published edition of this culturally important work by William Le Queux, which is now, at last, again available to you.


Get the PDF and EPUB NOW as well. Included in your purchase you have The Great Court Scandal in EPUB AND PDF format to read on any tablet, eReader, desktop, laptop or smartphone simultaneous - Get it NOW.


Enjoy this classic work today. These selected paragraphs distill the contents and give you a quick look inside The Great Court Scandal:


Indeed, she had long ago been acknowledged to be the most lovely figure at the Austrian Court—the most brilliant Court of Europe—a countenance which even her wide circle of enemies could not criticise without showing their ill-nature; a perfect countenance, which, though it bore the hallmark of her imperial birth as an Archduchess, yet was sweet, dimpled, and innocent as a child's. ...Born and bred at that Court, she had three years before been married to the Crown Prince of a German house, the royal house of Marburg, and had left it for the Court at Treysa, over which her husband would, by reason of his father's great age, very soon be sovereign.


About William Le Queux, the Author:


He was also a diplomat (honorary consul for San Marino), a traveller (in Europe, the Balkans and North Africa), a flying buff who officiated at the first British air meeting at Doncaster in 1909, and a wireless pioneer who broadcast music from his own station long before radio was generally available; his claims regarding his own abilities and exploits, however, were usually exaggerated. ...Le Queux mainly wrote in the genres of mystery, thriller, and espionage, particularly in the years leading up to World War I, when his partnership with British publishing magnate Lord Northcliffe led to the serialised publication and intensive publicising (including actors dressed as German soldiers walking along Regent Street) of pulp-fiction spy stories and invasion literature such as The Invasion of 1910, The Poisoned Bullet, and Spies of the Kaiser.