These Twain - The Original Classic Edition 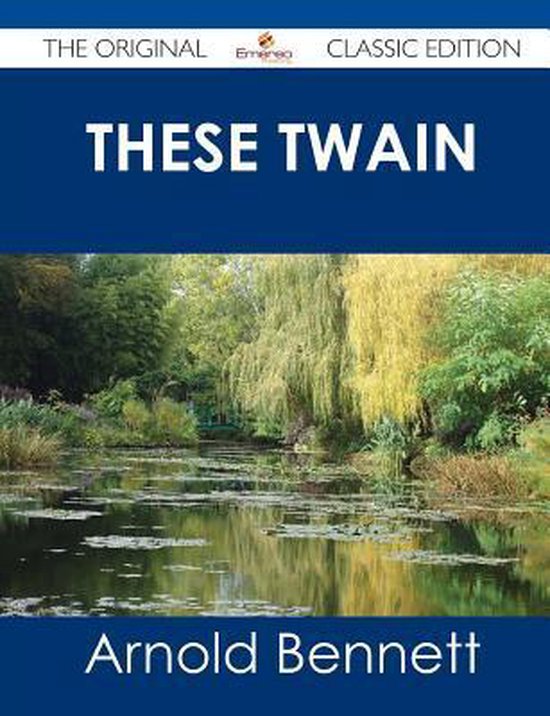 Finally available, a high quality book of the original classic edition of These Twain. It was previously published by other bona fide publishers, and is now, after many years, back in print.


This is a new and freshly published edition of this culturally important work by Arnold Bennett, which is now, at last, again available to you.


Get the PDF and EPUB NOW as well. Included in your purchase you have These Twain in EPUB AND PDF format to read on any tablet, eReader, desktop, laptop or smartphone simultaneous - Get it NOW.


Enjoy this classic work today. These selected paragraphs distill the contents and give you a quick look inside These Twain:


And he could remember leaning in the doorway of the drawing-room one Sunday morning, and his sister Clara was seated at the piano, and his sister Maggie, nursing a baby of Clara's, by her side, and they were singing Balfe's duet 'Excelsior,' and his father stood behind them, crying, crying steadily, until at length the bitter old man lost control of himself and sobbed aloud under the emotional stress of the women's voices, and Clara cheerfully upbraided him for foolishness; and Edwin had walked suddenly away. ...The dining-room, whose large glistening table was now covered with the most varied and modern 'refreshments' for the At Home, had witnessed no event specially dramatic, but it had witnessed hundreds of monotonous tragic meals at which the progress of his father's mental malady and the approach of his death could be measured by the old man's increasing disability to distinguish between his knife and his fork; it had seen Darius Clayhanger fed like a baby. ...When teased by hardy compatriots about his sybaritism Edwin was apt sometimes to flush and be 'nettled,' and he would make offensive un-English comments upon the average bedroom of the average English household, which was so barbaric that during eight months of the year you could not maintain your temperature in it unless you were either in bed or running about the room, and that even in Summer you could not sit down therein at ease because there was nothing easy to sit on, nor a table to sit at nor even a book to read.


About Arnold Bennett, the Author:


One of his most popular non-fiction works, which is still read to this day, is the self-help book How to Live on 24 Hours a Day. ...After a visit to America in 1911, where he had been publicized and acclaimed as no other visiting writer since Dickens, he returned to England where Old Wives' Tale was reappraised and hailed as a masterpiece.