The Aliens - The Original Classic Edition 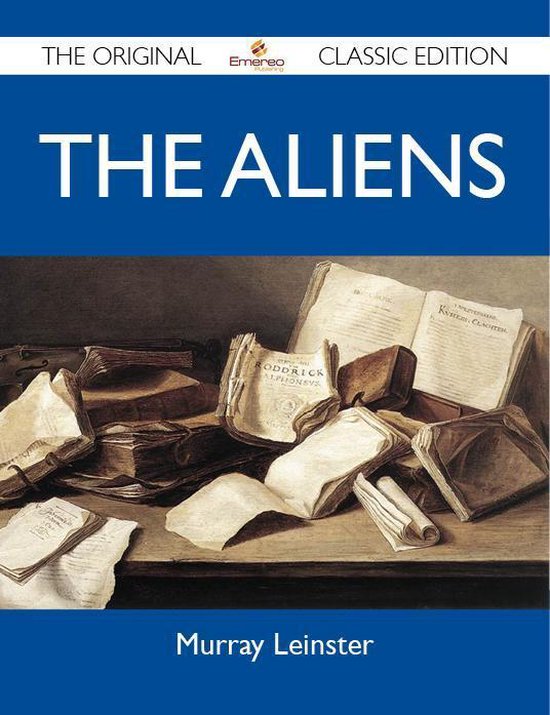 Finally available, a high quality book of the original classic edition of The Aliens.


This is a new and freshly published edition of this culturally important work by Murray Leinster, which is now, at last, again available to you.


Enjoy this classic work today. These selected paragraphs distill the contents and give you a quick look inside The Aliens:


''We picked up no tuned radiation from outer space, sir, but it could be that they picked us up when we came out of overdrive and stopped all their transmissions until they had us in a trap.''


...But the only fact known about the Plumie civilization came from the cairns and silicon-bronze inscribed tablets they'd left on oxygen-type worlds over a twelve-hundred-light-year range in space, and the only thing to be deduced about the Plumies themselves came from the decorative, formalized symbols like feathery plumes which were found on all their bronze tablets.


...There were more of those inadequate noises as rockets went out-every tube on the starboard side emptied itself in a series of savage grunts-and the Niccola's magnetronic drive roared at full flux density.


...The fact that there had been a collision, that the Niccola's engines were melted to unlovely scrap, that the Plumie ship was now welded irremovably to a side-keel, and that a Plumie was signaling to humans while both ships went spinning through space toward an unknown destination-these things did not affect the obligations of the radar room.


...When he was fully upright, sick with horror at what had come about, there was sunlight yet again, and men were coming out of the Niccola's air lock, and the Plumie who'd leaped for space was pulling himself back to his own ship again.