The Jungle - The Original Classic Edition 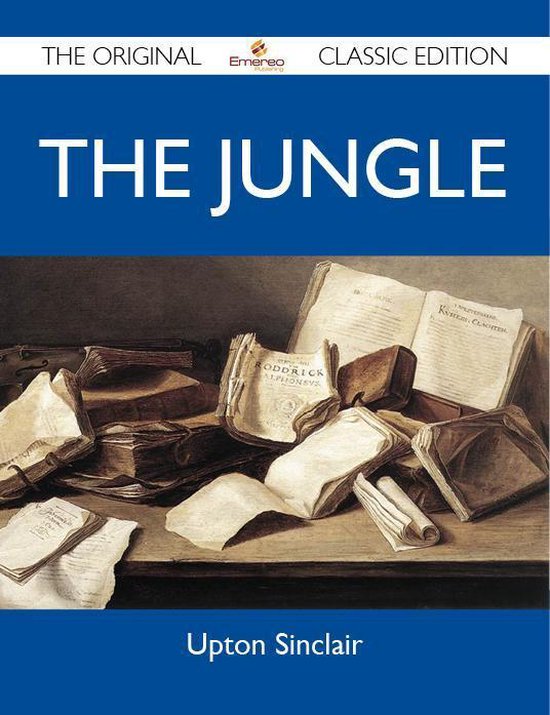 Originally published in 1906 by Upton Sinclair, THE JUNGLE sent shockwaves throughout the United States that resulted in cries for labor and agricultural reforms. It is indeed rare that a book should have such a political impact, but although Sinclair may have been surprised at the results, it is apparent while reading this novel that his words form a political agenda of its own. It should be noted that Sinclair was a devout Socialist who traveled to Chicago to document the working conditions of the world-famous stockyards. Sinclair originally published this book in serial form in the Socialist newspaper, The Appeal to Reason. But as a result of the popularity of this series Sinclair decided to try to publish in a form of a novel.


Sinclair widely utilized the metaphor of the jungle (survival of the fittest, etc.) throughout this book to reflect how the vulnerable worker is at the mercy of the powerful packers and politicians. Mother Nature is represented as a machine who destroys the weak and protects the elite powerful. To illustrate his sentiments Sinclair wrote of family of Jurgis and Ona who immigrated to Chicago from Lithuania in search of the American dream. They arrive in all innocence and believe that hard work would result in a stable income and security. But they soon realize that all the forces are against them. During the subsequent years Jurgis tries to hold on what he has but he is fighting a losing battle. It is not until he stumbles upon a political meeting that his eyes upon the evils of capitalism and the sacredness of socialism.


If one is to read THE JUNGLE, then they should do themselves a favor and seek out this version. It is the original, uncensored version that Sinclair originally intended to publish. It contains much more details of the horrifying conditions of the meatpacking industry that Jurgis and his family were subjected to.


THE JUNGLE is an important book on the labor history of the United States, the non-fairytale immigration of foreigners into the melting pot, and the history of Chicago. Recommended, but not for the faint of heart.