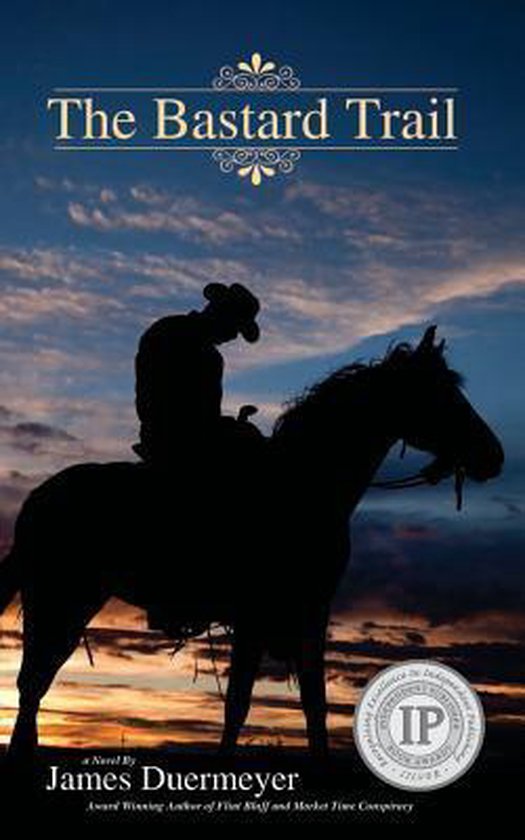 Chronicles of the American Frontier recount innumerable stories of the men who brought honor to themselves as they contributed to winning the West. Nearly as many stories exist of men (and women) who chose to take their places in the annals of the American West by using guile and malevolence. The Bastard Trail is a story of one such outlaw. From the time he is seventeen years of age, Henry Vogler is a wanted man, pursued by many law-abiding citizens who are attempting to administer swift and final justice to the outlaw. In his fourth novel, author James Duermeyer continues to display his story telling skill as he places the reader into the life of a fictional American frontier outlaw, a man with virtually no redeeming qualities. Through the gritty life of the outlaw, we are able to meet a colorful cast of characters, several of whom suffer at the hands of Vogler. Unlike many other Western tales, The Bastard Trail follows the life of an outlaw while sharing the lives of individuals he meets along the way. Duermeyer's clever introduction of a love story into the novel may lead the reader to remember two of those characters who also appeared in his second novel, Flint Bluff, (a 2013 Silver Medal winner in the Independent Publishers Book Awards) and wonder if there might be a sequel to The Bastard Trail. It is an exciting story that will keep you interested and turning the pages to find out what happens next.