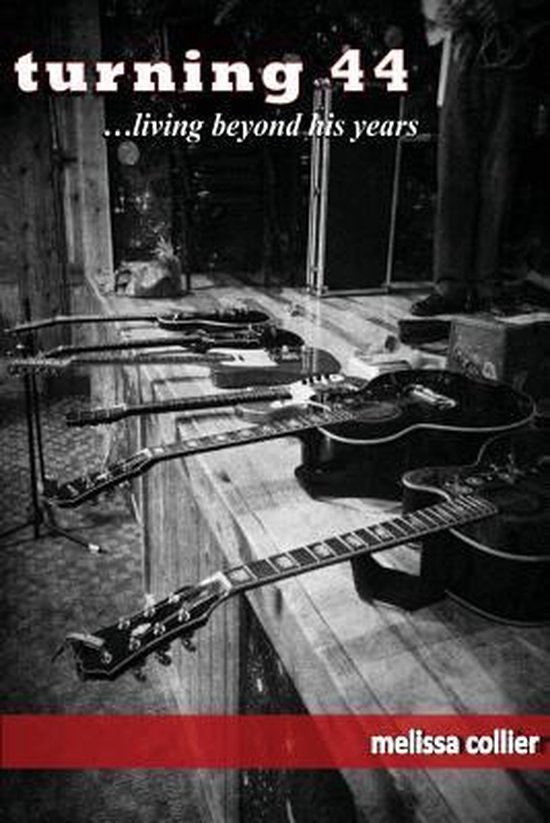 Grief is nothing to be ashamed of and not every loss is something we can just “get over.” The truth is that not all grief dissipates. Yes, our sadness softens over time but not always before it changes us or takes on a life of its own.In this wry and raw memoir, "turning 44", Melissa Collier delivers a poignant tribute about gratitude and grief and the life that happens in between. Rejecting the natural stages of grief, Collier chooses instead to wear her loss as a badge of honor and an outright refusal to allow her father to be forgotten simply because he died an early death. Infused with unexpected humor, this is not your typical book about death and dying. Collier doesn’t focus on the long term impact of his death but rather the long term impact of his life.“When people ask ‘what is your book about?’ my first inclination is to say that is it about my Dad dying at the age of forty-four. More accurately, mine is a story of becoming a woman without a father and how his life and death shaped my life and my relationships. How his time on earth, regardless of how short, mattered greatly…"Obituaries may say “survived by…” but the real work is in living beyond their years and witnessing others do the same. Collier brings to light the often untouched topic of outliving those we lose. Hers is the story of a daughter outliving the years of a parent but "turning 44"manages to capture the emotions universal among those who grieve the loss of a parent, child, friend or sibling. A parent whose other children outlive one who was lost, a sister or brother outliving a fallen sibling... There is heartache but there is also celebration in the years left unlived.You will be moved by Collier’s journey from being a girl who methodically memorized everything about her father during their time together to being the woman he never had the chance to know. Fueled by love and devotion, "turning 44", offers a candid, entertaining and heart-warming perspective of a life lived after the premature death of her father; whose unconventional and wildly reckless life lessons have withstood the test of time. Ultimately, gratitude triumphs over grief in this courageous memoir. "turning 44" is a must read for anyone who has struggled letting go of someone lost too soon or saying good-bye regardless of age or circumstance. Collier has crafted a legacy which resonates that the beauty of a life is not dependent on the quantity of years but by the quality of the love shared during the time we are together.