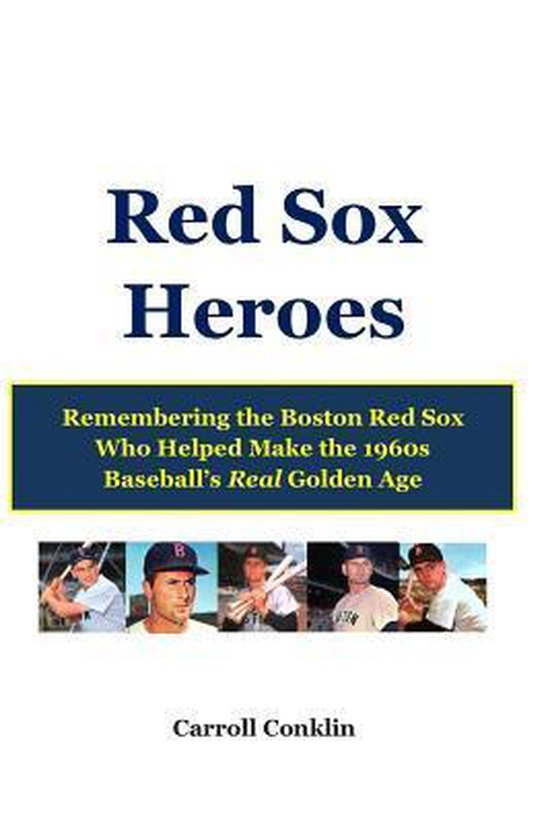 These were the heroes who owned the summers of the 1960s. Carl Yastrzemski and Jim Lonborg. Tony Conigliaro and Dick Radatz. Earl Wilson and Frank Malzone. Rico Petrocelli and Bill Monbouquette.During the summers of the 1960s, the heroes of Boston wore Red Sox uniforms. On their best days (which were, admittedly, too few), they were entertaining and inspiring. They smote hated rivals and sent their best to the All-Star game, in the decade when that mid-summer classic moved under the lights … and into prime time.On their worst days, these Red Sox heroes broke our hearts, squandering late-inning leads and pre-season hopes … but they never lost our devotion.They were the heroes of our youth. Now their stories are collected in Red Sox Heroes: Remembering the Boston Red Sox Who Helped Make the 1960s Baseball’s Real Golden Age. The book profiles the best (and a few of the worst) of the Boston Red Sox of the 1960s. In all, there are 73 profiles of the infielders, outfielders, catchers and pitchers who played for the Boston Red Sox in the 1960s.Do you remember …The hard-throwing right-hander who led the American League in wins and strikeouts in 1967 on his way to a Cy Young season? (page 91)The Gold Glove left fielder who was a 6-time All-Star and 3-time batting champion during the 1960s? (page 56)The shortstop who led the league in fielding percentage while hitting 40 home runs? (page 18)The All-Star outfielder who led the American League in RBIs in 1968? (page 40)The hard-luck right-hander who led the league in losses in 1965 … despite a 3.70 ERA? (page 94)The slugging first baseman who was the first player to hit 30+ home runs in both leagues … and still holds the record for most errors at first? (page 26)The bullpen ace who won 40 games in relief from 1962-1964 and averaged 1.18 strikeouts per inning? (page 100)The hard-hitting third baseman who was a 6-time All-Star and averaged 84 RBIs per season? (page 15)The slugging phenom who led the American League in home runs at age 20? (page 34)The outfielder who pinch hit for Ted Williams and Carl Yastrzemski? (page 39)Their stories are here. Enjoy the memories.