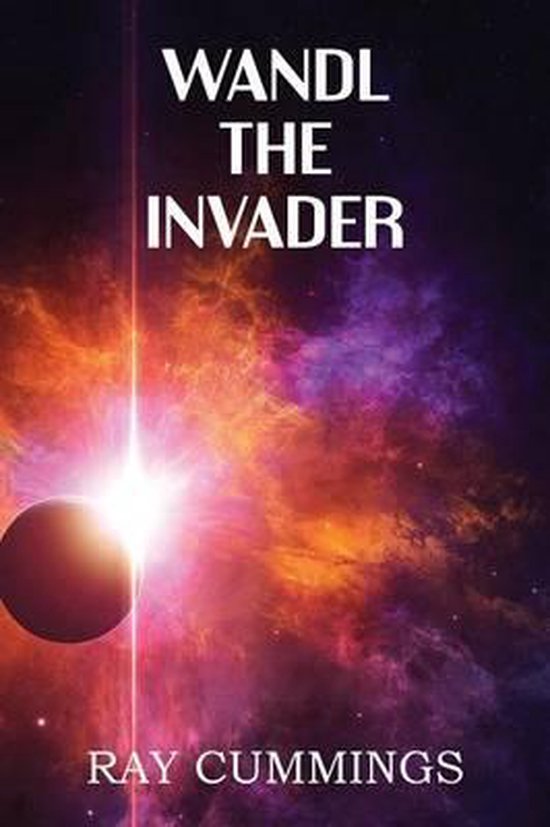 A CLASSIC NOVEL OF INTERPLANETARY WARFARE!

There were nine major planets in the Solar System, and it was within their boundaries that man first set up interplanetary commerce and began trading with the ancient Martian civilization. And then they discovered a tenth planet -- a maverick!

This tenth world, if it had an orbit, had a strange one, for it was heading inwards from interstellar space, heading close to the Earth-Mars spaceways, upsetting astronautic calculations and raising turmoil on the two inhabited worlds.

But even so none suspected then just how much trouble this new world would make. For it was WANDL THE INVADER and it was no barren planetoid. It was a manned world, manned by minds and monsters and traveling into our system with a purpose beyond that of astronomical accident!

It's a terrific novel from the classic days of great science-fiction adventure -- now first published in book form. When RAY CUMMINGS took leave of this planet early in 1957, the world of modern science-fiction lost one of its genuine founding fathers. For the imagination of this talented writer supplied a great many of the most basic themes upon which the present superstructure of science-fiction is based. Following the lead of Jules Verne and H. G. Wells, Cummings successfully bridged the gap between the early dawning of science-fiction in the last decades of the Nineteenth Century and the full flowering of the field in these middle decades of the Twentieth.