Monsters Lib/E: The 1985 Chicago Bears and the Wild Heart of Football 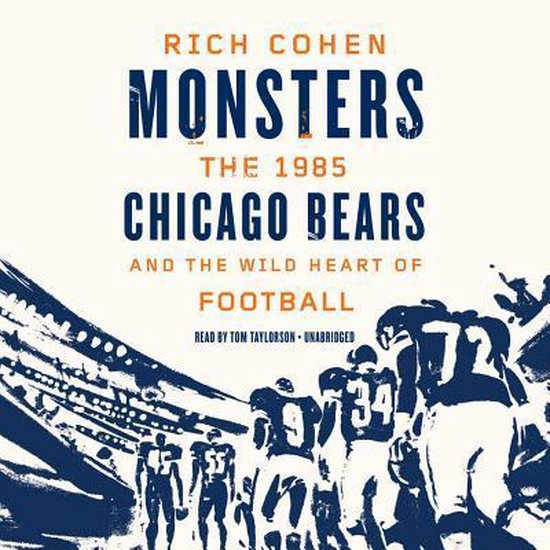 The gripping account of a once-in-a-lifetime football teamand their lone championship seasonFor Rich Cohen and millions of other fans, the 1985 ChicagoBears were more than a football team: they were the greatest football teamevera gang of colorful nuts, dancing and pounding their way to victory. Theywon a Super Bowl and saved a city.It was not just that the Monsters of the Midway won but howthey did it. On offense, there was high-stepping running back Walter Payton andPunky QB Jim McMahon, who had a knack for pissing off Coach Mike Ditka as hemade his way to the end zone. On defense, there was the 46: a revolutionary,quarterback-concussing scheme cooked up by Buddy Ryan and ruthlesslyimplemented by Hall of Famers such as Dan Danimal Hampton and Samurai MikeSingletary. On the sidelines, in the locker rooms, and in bars, there was thenever-ending soap opera: the coach and the quarterback bickering on television,Ditka and Ryan nearly coming to blows in the Orange Bowl, the players recordingthe Super Bowl Shuffle video the morning after the season's only loss.Cohen tracked down the coaches and players from this iconicteam and asked them everything he has always wanted to know: What's it like towin? What's it like to lose? Do you really hate the guys on the other side?Were you ever scared? What do you think as you lie broken on the field? How doyou go on after you have lived your dream but life has not ended?The result is Monsters: The 1985 Chicago Bears and theWild Heart of Football, a portrait not merely of a team but of a city and a game: its history, its future, its fallen men, its immortal heroes. Butmostly it's about being a fanaboutloving too much. This is a book aboutAmerica at its most nonsensical, delirious, and joyful.