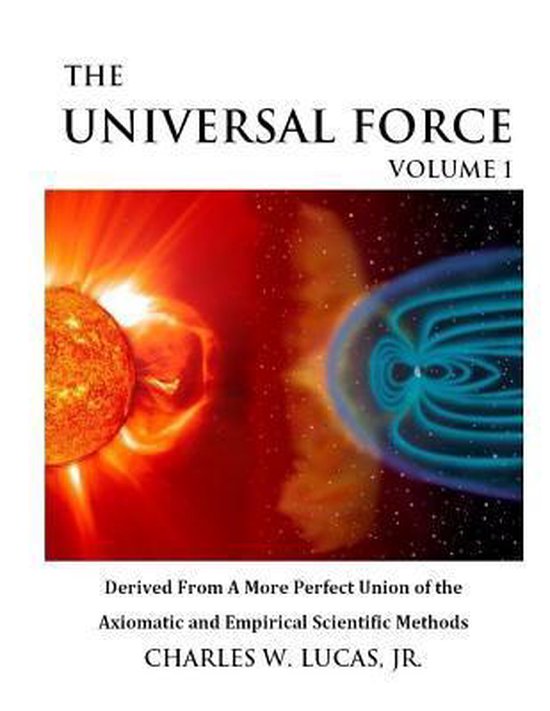 The Universal Force Volume 1 - Derived From A More Perfect Union of the Axiomatic and Empirical Scientific MethodsThis is the first volume of a set. The purpose of the set of books is to lead a reformation movement in modern science to perfect the union of the ancient Greek axiomatic method of Euclid with the empirical scientific method of Isaac Newton. The first volume derives an improved version of the electrodynamic force by using a complete set of the empirical laws of electrodynamics as the postulates/axioms for the axiomatic method. In the first volume is shown that the effects of Special Relativity are due to electrical feedback effects on finite size charge structures. Also the book shows that quantum effects such as the photoelectric effect and black body radiation are due to resonant effects in finite-size charge structures consisting of closed charge loops. The improved electrodynamic force law derived in the book contains acceleration a terms for radiation and da/dt terms for radiation reaction. From this improved electrodynamic force law is derived improved versions of the force of gravity and inertia which explain many previously unexplained phenomena such as the quantization of gravity as identified by Stanley Dermotts modern version of Bodes Law and the unusual gyroscope experiments of the British engineer Eric Laithwaite.This improved electrodynamic force will be used in future volumes of this series to create new models of elementary particles, atoms, nuclei and molecules which are simpler and explain more data more accurately than previous models.A peculiar symmetry in the improved electrodynamic force law which is a combination of spherical and chiral symmetry appears in all elementary particles, atoms, nuclei, molecules, crystals, plant leaves, plant flowers, plant seed heads, animal body structures, the orbits of planets and moons in our solar system, the structure of our Milky Way galaxy, and the structure of the whole universe about its center. According to the dictionary this symmetry is the source of all beauty in nature. All of these things allow the author to declare that this improved version of electrodynamics is the true universal force and it has Platonic beauty. Such a universal force will shape the structure of the cells in the brain leaving its fingerprint in the structures of linguistics, sociology, psychology, mathematics, and architecture. Many investigators have won Nobel Prizes for showing this structure.Finally the author has shown a relationship between the universal force and God as revealed in the Jewish, Christian and Islamic religions in his book Fingerprints of the Creator - The Source of All Beauty in Nature.Future volumes in the series will cover elementary particles, atoms, nuclei, molecules, and nature of life at the molecular and cellular level.The author was awarded the prestigious title of Physicist of the Year for 2013 by Who's Who Worldwide for the publication of this book. A number of international scientific organizations such as the Natural Philosophy Alliance, the Electric Universe, and the International Tesla Society have supported this work.