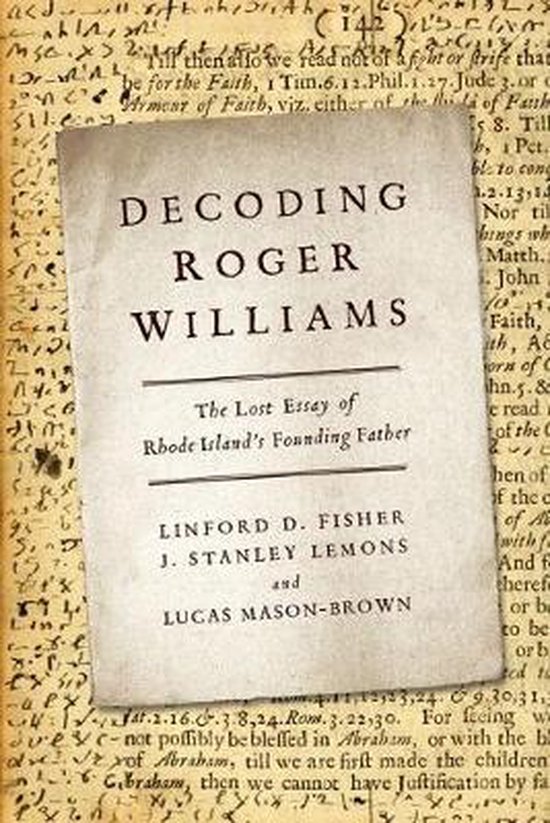 Near the end of his life, Roger Williams, Rhode Island founder and father of American religious freedom, scrawled an encrypted essay in the margins of a colonial-era book. For more than 300 years those shorthand notes remained indecipherable... ...until a team of Brown University undergraduates led by Lucas Mason-Brown cracked Williams' code after the marginalia languished for over a century in the archives of the John Carter Brown Library. At the time of Williams' writing, a trans-Atlantic debate on infant versus believer's baptism had taken shape that included London Baptist minister John Norcott and the famous Puritan Apostle to the Indians, John Eliot. Amazingly, Williams' code contained a previously undiscovered essay, which was a point-by-point refutation of Eliot's book supporting infant baptism. History professors Linford D. Fisher and J. Stanley Lemons immediately recognized the importance of what turned out to be theologian Roger Williams' final treatise. Decoding Roger Williams reveals for the first time Williams' translated and annotated essay, along with a critical essay by Fisher, Lemons, and Mason-Brown and reprints of the original Norcott and Eliot tracts.