The Secret Club That Runs the World 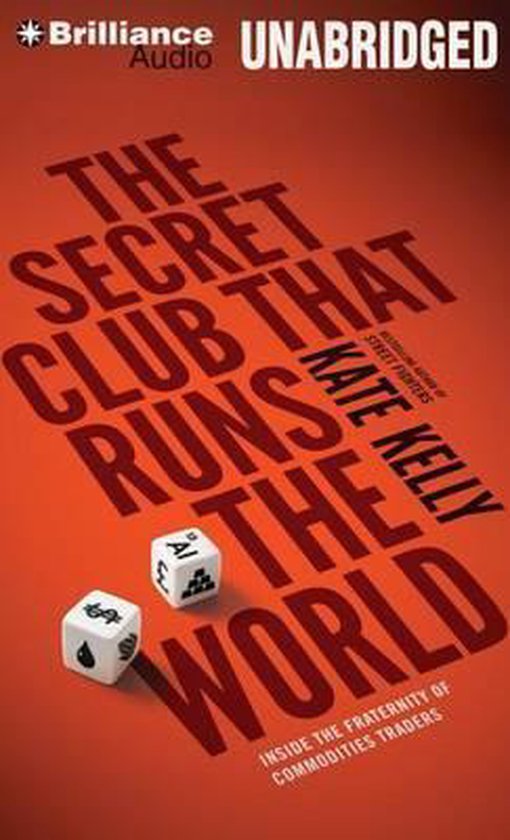 "Commodity players are a shrewd and indomitable lot. And the contracts they trade are still so loosely regulated that the correct combination of money and skill creates irresistible opportunity. That's why I'm only half joking when I call them the secret club that runs the world."

When most people think of the drama of global finance, they think of stocks and bonds, venture capital, high-tech IPOs, and complex mortgagebacked securities. But commodities? Crude oil and soybeans? Copper and wheat? What could be more boring?

That's exactly what the elite commodity traders want you to think. They don't seek the media spotlight. They don't want to be as famous as Warren Buffett or Bill Gross. Their astonishing wealth was created in near-total obscurity, because they dwelled either in closely held private companies or deep within large banks and corporations, where commodity profits and losses weren't broken out.

But if the individual participants in the great commodities boom of the 2000s went unnoticed, their impact did not. Over several years the size of the market exploded, and so did prices for raw materials—raising serious questions about whether the big traders were intentionally jacking up the cost of gasoline, food, and other essentials bought by ordinary people around the world. What was really driving all those price spikes?

Now Kate Kelly, the bestselling author of Street Fighters, takes us inside this secretive inner circle that controls so many things we all depend on. She gets closer than any previous reporter to understanding these whip-smart, aggressive, and often egomaniacal men (yes, they are nearly all men). They work hard, play hard, flaunt their wealth, and bet millions every day on a blend of facts, analysis, and pure gut instinct.

Kelly's narrative focuses on one of the most extraordinary periods in financial history. Though the practice of gaming out price changes in commodities goes back to ancient Mesopotamia, it had never before reached the extremes of the early to mid-2000s. Kelly exposes the role of the hedge funds, banks, brokers, and regulators in this volatile market, through fascinating stories of "secret club" members such as…

•Pierre Andurand, a self-made multimillionaire who generated the winningest annual performance ever for an oil trader in 2008 and hired Elton John to perform at his wedding.
•Ivan Glasenberg, whose secretive Swiss commodities giant, Glencore, founded by the infamous American fugitive Marc Rich, orchestrated a massive merger with the help of former UK prime minister Tony Blair.
•Jon Ruggles, a brash know-it-all—recruited by Delta Air Lines to revitalize the airline's fuelhedging business, he continuined to make trades in his personal account, a questionable practice given his position.

Drawing on her exclusive access to the secret club, and following the trail from New York to Houston, London, Dubai, and beyond, Kelly reveals the immense power in the hands of a few, and the so-far contentious efforts by the Obama administration to rein in the cowboys.