getting to Know Thyself 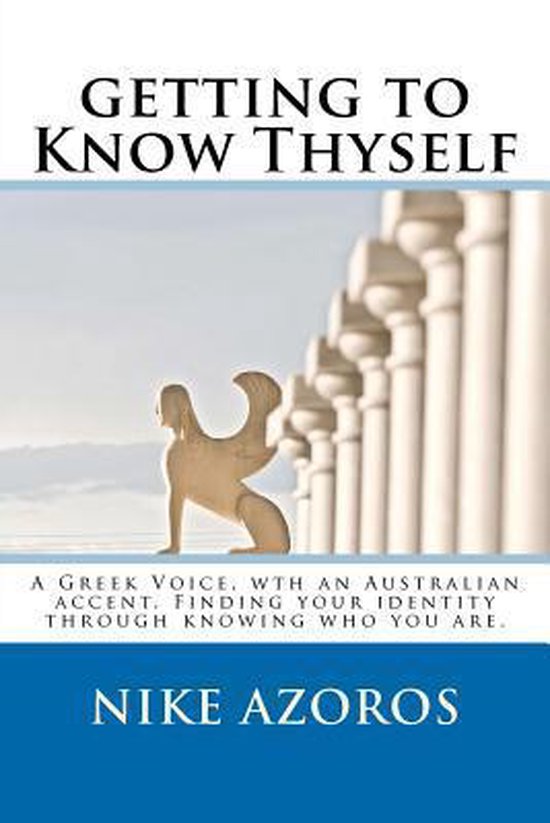 Who am I? It's the hardest question to answer. The Ancient Greeks inscribed the saying 'Know Thyself" on the great temple of Apollo at Delphi making it a direct command from the gods to know who you are. Nike Azoros found her answers through her Greek culture, its history and her ancestral heritage even though she was born and raised in Australia. 'getting to Know Thyself' is a funny yet poignant account about growing up Greek in Australia, then going back to Greece to meet her family and how the genetic sledgehammer connected her to her identity. She found that when she got to know herself and her origins, she found her self. Peppered with "quick Greek history lessons" that help explain the Greek psyche and the character of the Hellene, she was able to identify why her family was the way they were and how along with the ancient wisdoms from the ancestors guided, used that knowledge to shape herself, and Know Herself.