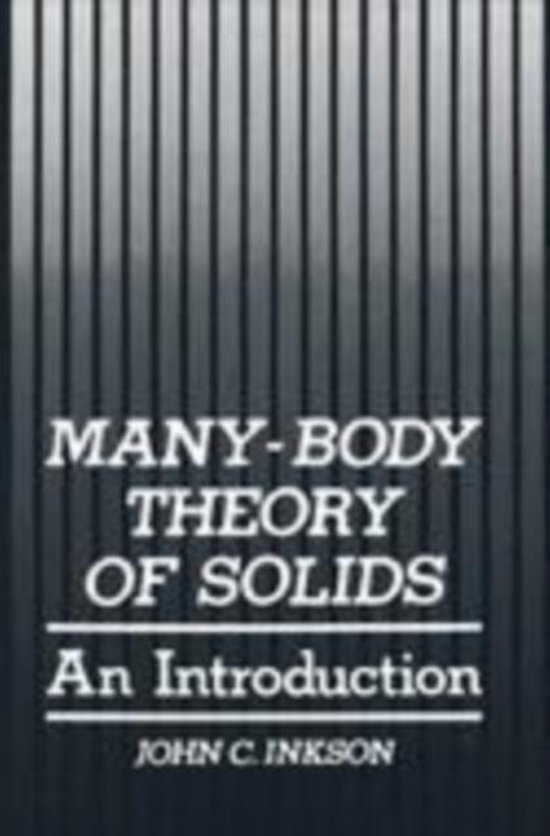 here exists a gap in the present literature on quantum mechanics T and its application to solids. It has been difficult to find an intro- ductory textbook which could take a student from the elementary quan- tum mechanical ideas of the single-particle Schrodinger equations, through the formalism and new physical concepts of many-body theory, to the level where the student would be equipped to read the scientific literature and specialized books on specific topics. The present book, which I believe fills this gap, grew out of two courses which I have given for a number of years at the University of Cambridge: Advanced Quan- tum Mechanics, covering the quantization of fields, representations, and creation and annihilation operators, and Many Body Theory, on the application of quantum field theory to solids. The first course is a final-year undergraduate physics course while the second is a joint first- and fourth-year undergraduate math- year postgraduate physics course ematics course. In an American context this would closely correspond to a graduate course at the masters level. In writing this book I have tried to stress the physical aspects of the mathematics preferring where possible to introduce a technique by using a simple illustrative example rather than develop a purely formal treat- ment. In order to do this I have assumed a certain familiarity with solid- state physics on the level of a normal undergraduate course, but the book should also be useful to those without such a background.