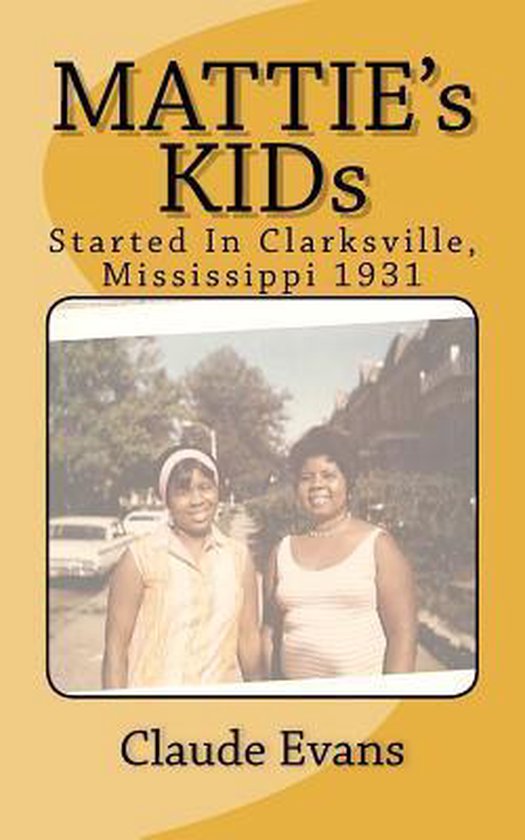 “Waaa ter… Melons... Fresh Eggs… Peaches.. Pears... grapes.. plumbs... Get them now… five pounds of mustard-turnip-collard-greens for a dollar… Fresh Fruit!” This statement was cried out and repeated over and over up and down my neighborhood’s red cobblestone and brick paved alley between Suburban and Bartmer Avenues in the very early 1960’s Saint Louis City when I was a child becoming aware of my surroundings starting at about the age of four years old. My father (Steve Evans) would always tell my mother (Mattie Mae Johnson-Thompson) how aware he thought I was for someone my age. He was right on-time in his observations because I did understand many things for a young boy during this time in my family’s history. Also kept my thoughts close inside just like my mother did. I could recognize when some of the people around us would be disrespectful or arrogant toward my family, or me. Was it because we did not have much as they may have had, and they needed someone to belittle and my family was the bouncing ball sometimes? Was it because we were part of the have-nots, the poor? At least once a week on almost the same day of the week, a tall middle age tan skin white male with short white hair, known in our neighborhood as the Egg-man would sport his dingy faded out yellow short brimmed straw hat with a black band around it, a stained white apron tied on tight around his waist and a shiny money changer jingling at his front right side with every step he would take. He would routinely come to sell his produce to the neighborhood homemakers. The Egg-man would drive through our clean and clutter-free neighborhood alley with his old dark green canvas-top covered opened back pickup truck that had his colorful fresh fruit and vegetable products displayed in baskets pushing out all around the top edge of the truck bed for all to see and to purchase. The women in the neighborhood would hear him crying and they would open the back doors of their homes, then file out and down their back steps to walk over to the Egg-man’s truck to investigate his weekly produce display. Try it, he would cut you a deal on the spot. “Water….. Melons….. Fresh Eggs.. Peaches.. pears… grapes.. plumbs… Get them now… five pounds of greens for a dollar…!” He would continue to shout out his cry as far as his voice could carry while the women looked at his display. At other times we would also see other vendors pedaling their products and wears. Examples of which were flowers, cookies, watermelons that could be plugged and tasted before you bought it and such on the street corners of our neighborhood streets on a regular basis in that door to door sales environment of the 1960’s era. These are some of the clearest visions of my neighborhood life that I have as a late 1950’s early 1960’s kid in the west-end of Saint Louis City were I spent my formative years. I have in the past identified as Negro, black, Afro-American, and finally self-identified as one of the human race, in no way forgetting my southern American heritage. I am now Claude Evans but born Claude Thompson.