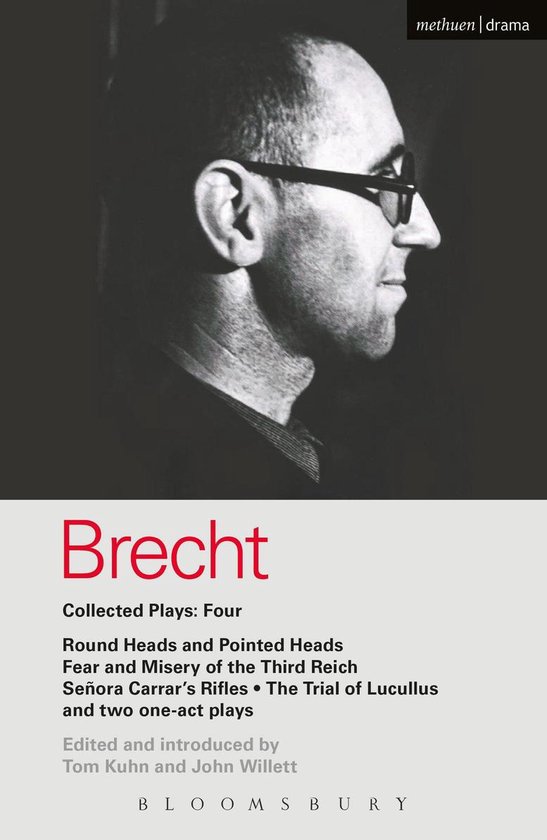 Now in paperback, the long-awaited volume of Brecht's classic plays from the 1930s

Volume 4 of Brecht's Collected Plays contains works from the 1930s, straddling fateful years in German political and cultural history - as well as in Brecht's own life. Round Heads and Pointed Heads, based on Shakespeare's Measure for Measure, is a powerful political allegory on Nazi racial policy and conditions in the Germany Brecht had to leave in 1933. The Trial of Lucullus, a starkly pacifist text originally written in response to a commission from Swedish radio, portrays the Roman general tried by the Underworld for his military triumphs. Fear and Misery of the Third Reich, unique in Brecht's work, consists of some thirty short scenes of life under the Nazis between 1933 and 1938, designed for use by groups in exile. Señora Carrara's Rifles is based on J.M. Synge's Riders to the Sea, but relocated by Brecht in the Spanish Civil War. Also included are two one-act plays, Dansen and How Much is Your Iron?, minor works designed for amateurs in Scandinavia, where the Brechts lived till spring 1941.

The volume includes an introduction and notes by Tom Kuhn and John Willett, as well as Brecht's own notes on the texts.