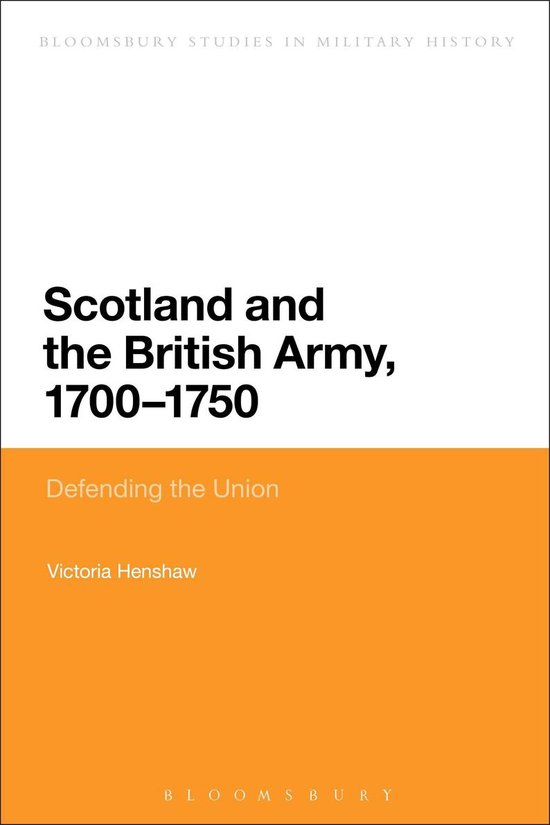 The wholesale assimilation of Scots into the British Army is largely associated with the recruitment of Highlanders during and after the Seven Years War. This important new study demonstrates that the assimilation of Lowland and Highland Scots into the British Army was a salient feature of its history in the first half of the 18th century and was already well advanced by the outbreak of the Seven Years War. Scotland and the British Army, 1700-1750 analyses the wider policing functions of the British Army, the role of Scotland's militia and the development of Scotland's military roads and institutions to provide a fuller understanding of the purpose and complexity of Scotland's military organisation and presence in Scotland in the turbulent decades between the Glorious Revolution and the defeat of Bonnie Prince Charlie, which has been too often simplified as an army of occupation for the suppression of Jacobitism. Instead, Victoria Henshaw reveals the complexities and difficulties experienced by Scottish soldiers of all ranks in the British Army as nationality, loyalty and prejudice clouded Scottish desires to use military service to defend the Glorious Revolution and the Union of 1707.