The Thoughts of Blaise Pascal 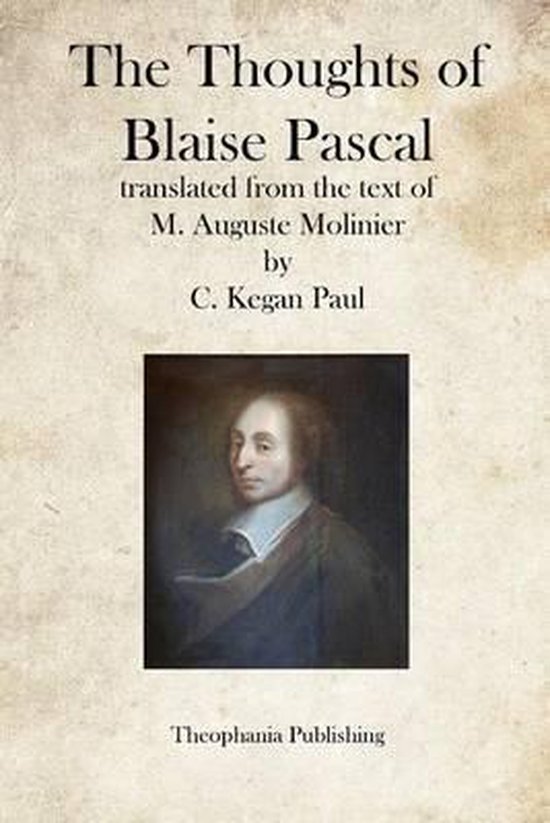 Blaise Pascal was born at Clermont Ferrand in Auvergne, on June 19, 1623. He sprung from a well known legal family, many members of which had held lucrative and responsible positions. His father, Etienne Pascal, held the post of intendant, or provincial administrator, in Normandy, where, and at Paris previously, Pascal lived from the age of sixteen to that of twenty five; almost wholly educated by his father on account of his precarious health. His mother died when he was eight years old. Etienne Pascal was a pious but stern person, and by no means disposed to entertain or allow any undue exaltation in religion, refusing as long as he lived to allow his daughter Jaqueline to take the veil. But he had the usual faiths and superstitions of his time, and believing that his son’s ill health arose from witchcraft, employed the old woman who was supposed to have caused the malady to remove it, by herbs culled before sunrise, and the expiatory death of a cat. This made a great impression on his son, who in the Thoughts employs an ingenious argument to prove that wonders wrought by the invocation of the devil are not, in the proper sense of the term, miracles. At any rate the the counter charm was incomplete, as the child’s feeble health remained feeble to the end.