Nice Weekend for a Murder 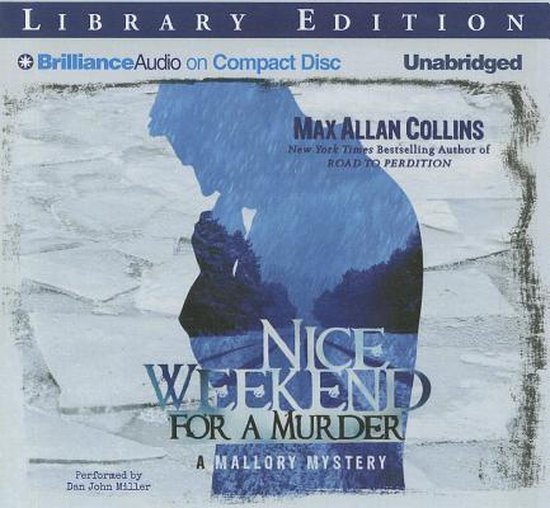 A mountaintop mansion. A motley collection of guests. A murder. This weekend has all the makings of a classic, cozy mystery story. And a story is all it's supposed to be—acted out by noted authors and eager fans at the atmospheric Mohonk Mountain House resort in upstate New York.

Along with a gaggle of his peers, Mallory's been invited to join the fun by donning a costume and an alter-ego to pose as a "suspect." But before you can say "nobody leaves this room!", Mallory is once again thrust into the role of driven detective when the game's designated "corpse" turns up decidedly dead.

There's no doubt that the victim, notorious mystery-novel critic Kirk Rath, incited the murderous wrath of nearly every writer he reviewed. But even the most scathing critical barbs never drove a writer to put down the pen in favor of the sword. And even Mallory is baffled by the curious circumstances surrounding the mystery within a mystery. Did he actually witness Rath being run through by a masked figure in the snowy darkness? Was Rath really spotted alive and sneering after the bloody fact? Is someone playing mind games? And is everyone in the house fair game?

Murder will out, as they say. But can even the masterful Mallory outwit a roguish gallery of the finest plotters in print?