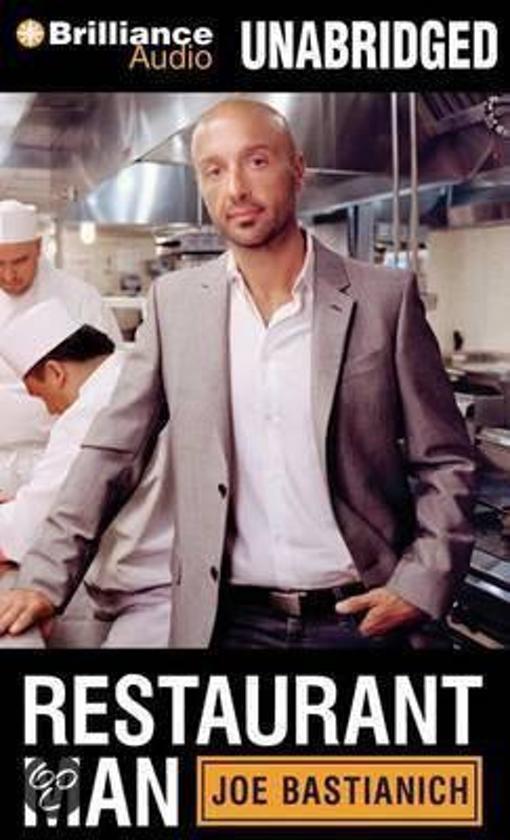 How does a nice Italian boy from Queens turn his passion for food and wine into a nationwide empire? In his intrepid, irreverent, and terrifically entertaining memoir, Restaurant Man, Joe Bastianich charts his remarkable culinary journey from his parents’ neighborhood eatery to becoming one of the country’s most successful restaurateurs, along with his superstar chef partners—his mother, Lidia Bastianich, and Mario Batali.Joe first learned the ropes of the restaurant business from his father, Felice Bastianich, the original Restaurant Man, the ultrapragmatic and sharp-eyed owner of a popular red-sauce joint. But years of cleaning chickens and other kitchen drudgery convinced Joe that his destiny lay elsewhere. After a year on Wall Street, however, he realized that his love of food was by now too deeply ingrained, and after buying a one-way ticket to Italy, he spent over a year working in restaurants and vineyards there, developing his own taste and learning everything he could about Italian cuisine. Upon his return to New York, he partnered with his mother to open Becco and soon after joined forces with Mario Batali, an alliance that not only created a string of critically acclaimed and popular restaurants but redefined Italian food in America.Restaurant Man is not only a compelling ragù-to-riches chronicle but a look behind the scenes at what it really takes to run a restaurant in New York City, the most demanding, fickle, and passionate market in America, from dealing with shady vendors, avaricious landlords, and vitriolic food critics to day-to-day issues like the cost of linens (“the number-one evil”) and bread and butter. Writing vividly in an authentic New York style that is equal parts rock ’n’ roll and hard-ass, bottom-line business reality, Joe shares lessons learned from a lifetime spent in restaurants (“Anything you give away for free is bad”) while recounting the stories of his own establishments—including how Del Posto managed to overcome a menu that was initially so ambitious that it could not be executed, to ultimately become the only Italian restaurant in America to be awarded four-stars from The New York Times.Joe speaks frankly about friends and foes, but at the heart of the book is the mythical hero Restaurant Man, the old-school, blue-collar guy who stays true to the real secret of his success—watching costs but ferociously dedicating himself to exceeding his customers’ expectations and delivering the best dining experience in the world.