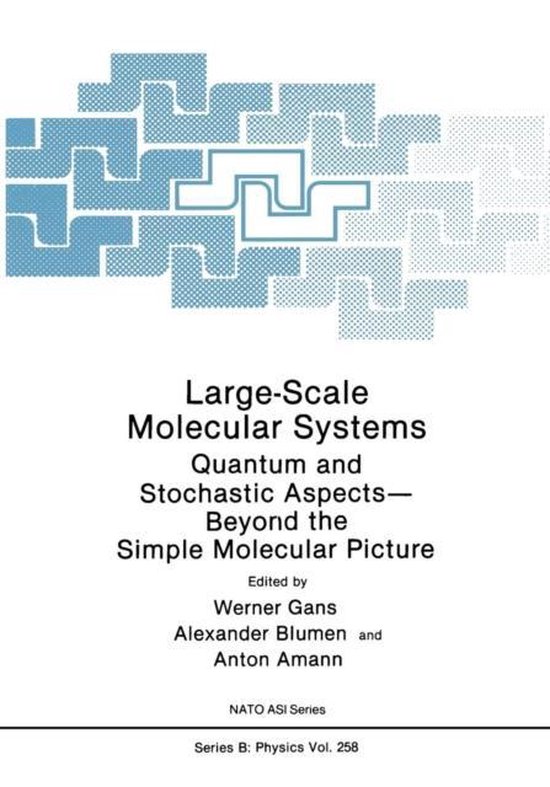 This NATO Advanced Study Institute centered on large-scale molecular systems: Quantum mechanics, although providing a general framework for the description of matter, is not easily applicable to many concrete systems of interest; classical statistical methods, on the other hand, allow only a partial picture of the behaviour of large systems. The aim of the ASI was to present both aspects of the subject matter and to foster interaction between the scientists working in these important areas of theoretical physics and theoretical chemistry. The quantum-mechanical part was mostly based on the operator-algebraic formulation of quantum mechanics and comprised quantum statistics of infinite systems with special em- phasis on macroscopic observables, equilibrium conditions, irreversibility on the one hand, symmetry breaking for molecules in the radiation field and macroscopic quantum phenomena in the theory of superconductivity (BCS-theory) on the other hand. In addition, phase-space methods for many-body systems were also presented. Statistical physics was the main topic in the other lectures of the School; much emphasis was put on the statistical features of macros- copic ( large ) systems, the lectures dealt with mass and energy transport im polymers, in gels and in microemulsions, with aggregation and growth phenomena, with relaxation in complex, correlated systems, with conduction and optical properties of polymers, and with the means of describing disordered systems, above all fractals and related hierarchical models.