Temperature and Environmental Effects on the Testis 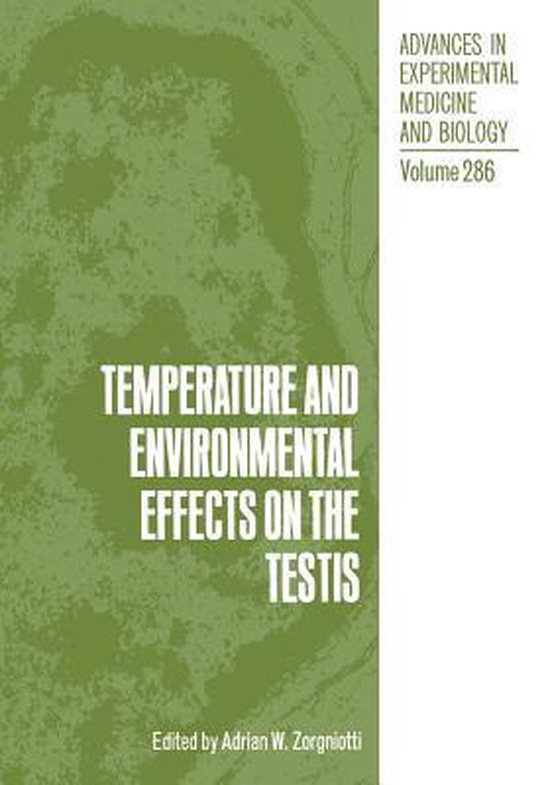 It must be considered that there is nothing more difficult to carry out, nor more doubtful of success, nor more dangerous to handle, than to initiate a new order of things. Machiavelli: The Prince (1513) These are the Proceedings of a Conference on Temperature and Environmental Factors and the Testis which took place at New York University School of Medicine, December 8th and 9th, 1989. There is good reason to believe that this was the first of its kind to address, exclusively, the implications of temperature for this highly thermosensitive organ and its precious genetic cargo. The organizers of the Conference hoped to stimulate interest in this area which, paradoxically, has a considerable literature but which has received scant attention and sometimes outright opposition from clinicians expert in male infertility. There have been studies of the relationship of temperature to reproduction starting in the mid-18th Century with observations of the relationship of water temperature to spawning of fish. There is also a vast literature on the deleterious effects of externally applied heat upon spermatogenesis but little study of the possibility that intrinsic heat may be an important etiologic factor in subfertile semen. Today, fertility research has largely ignored this in favor of research in areas which have not produced successes, in terms of live births, comparable to what can be obtained by varicocelectomy (when appropriate) or scrotal hypothermia: viz. 1. Concentration upon the endocrine aspects of testicular function and its relation to spermatogenesis.