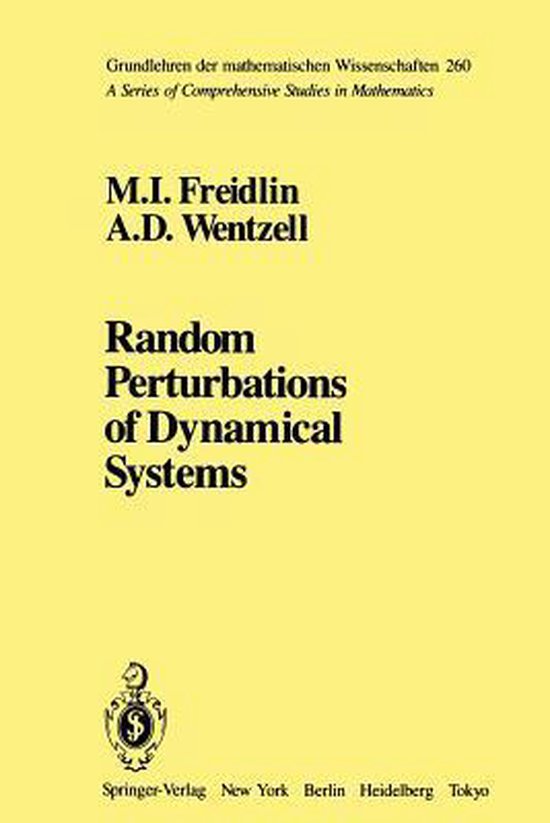 Many notions and results presented in the previous editions of this volume have since become quite popular in applications, and many of them have been rediscovered in applied papers. In the present 3rd edition small changes were made to the chapters in which long-time behavior of the perturbed system is determined by large deviations. Most of these changes concern terminology. In particular, it is explained that the notion of sub-limiting distribution for a given initial point and a time scale is identical to the idea of metastability, that the stochastic resonance is a manifestation of metastability, and that the theory of this effect is a part of the large deviation theory. The reader will also find new comments on the notion of quasi-potential that the authors introduced more than forty years ago, and new references to recent papers in which the proofs of some conjectures included in previous editions have been obtained. Apart from the above mentioned changes the main innovations in the 3rd edition concern the averaging principle. A new Section on deterministic perturbations of one-degree-of-freedom systems was added in Chapter 8. It is shown there that pure deterministic perturbations of an oscillator may lead to a stochastic, in a certain sense, long-time behavior of the system, if the corresponding Hamiltonian has saddle points. The usefulness of a joint consideration of classical theory of deterministic perturbations together with stochastic perturbations is illustrated in this section. Also a new Chapter 9 has been inserted in which deterministic and stochastic perturbations of systems with many degrees of freedom are considered. Because of the resonances, stochastic regularization in this case is even more important.