The Little Prince for Grown-Ups 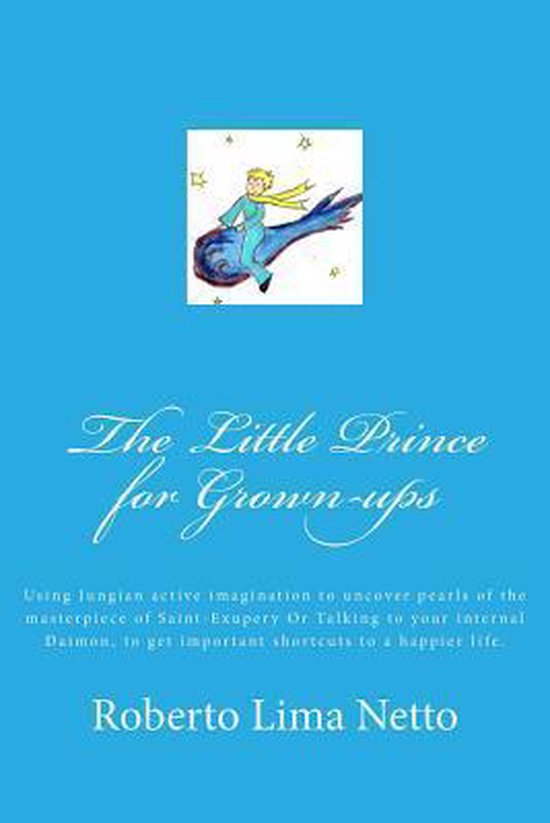 The inspiration to write a masterpiece arises from the unconscious, full of ideas that the very author may have been unaware of. “The Little Prince for Grown-ups” gets to the roots of some of Antoine Saint-Exupéry’s Little Prince, using mythology and the concepts of Jungian psychology to expose some buried treasures.As in the book of Saint-Exupery, the crash that leads the pilot to land in the Sahara desert becomes the beginning of a journey of self-knowledge. Exupéry himself, or rather, Antoine, is the protagonist of this journey, and his companions are the blonde boy with the scarf around his neck and the Wise Old Man, who tells them stories that lead Antoine to intense reflections. And there are many stories from Gnostic texts, the Bible, and Greek mythology.Lima Netto walks through the various myths to interpret human beings’ dilemmas in a journey towards higher consciousness. "The fall of Adam, the expulsion from the Garden of Eden is a metaphor for a very real phenomenon in life. It happens when the man transforms himself, leaving the unconscious baby stage and experiencing a state of increased awareness. Of course this does not occur at once, as in the mythology of Genesis. With small falls after small falls, the baby recognizes his separation from the mother, discovers his ego, and develops to become a unique individual," explains Lima Netto. And, preferably, "without losing his tenderness, without losing his creativity, without losing touch with his inner child."Although the book is based in Jungian ideas, it is not required any knowledge of psychology.