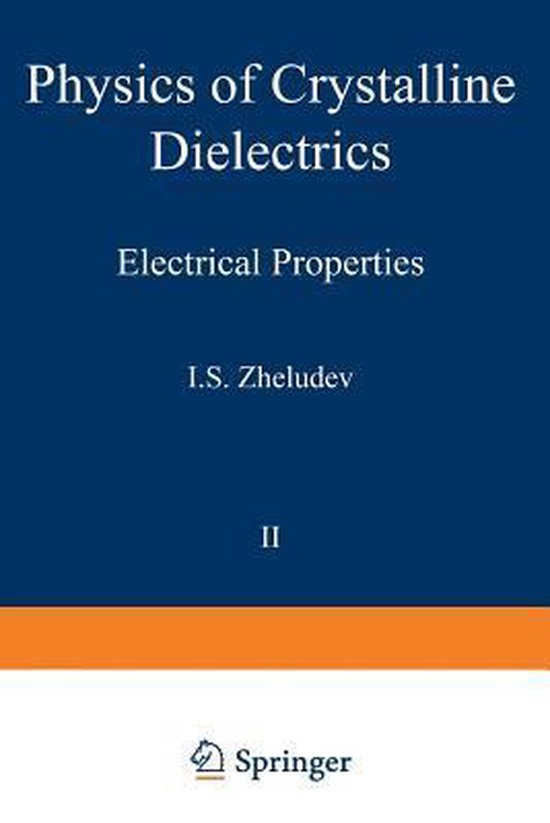 Research in solid-state physics in general and in the physics of dielectrics in particular has grown rapidly in scope and quan­ tity in the last twenty-five years. In the fifties and early sixties, there was an upsurge of interest in ferroelectricity, piezoelectrici­ ty, and pyroelectricity. The classical physics of dielectrics, rep­ resented by books of H. Frohlich, C. P. Smyth, G. I. Skanavi, and A. von Hippel, is now unthinkable without ferroelectricity. The structure and properties of ferroelectrics have been described in a number of books and reviews, including those of W. Kanzig, H. D. Megaw, F. Jona and G. Shirane, W. J. Merz and E. Fatuzzo. The present work deals with the physics of crystalline di­ electrics and is based on the investigations carried out by scien­ tists throughout the world. But, understandably, the emphasis is on the research done in the USSR, particularly in the author's labo­ ratory. A special feature of this two-volume treatise is the pro­ minent place given to the symmetry and structure of dielectrics and to the importance of spontaneous electric polarization in many properties of crystals. In fact, these aspects take up the whole of the first volume. The second volume is concerned mainly with various properties and phenomena whose nature is illustrated by considering specific crystals. Thus, for example, the phenomena of polarization, piezoelectricity, electrostriction, etc. , are first discussed in detail. Then follow descriptions of these phenomena in specific compounds.