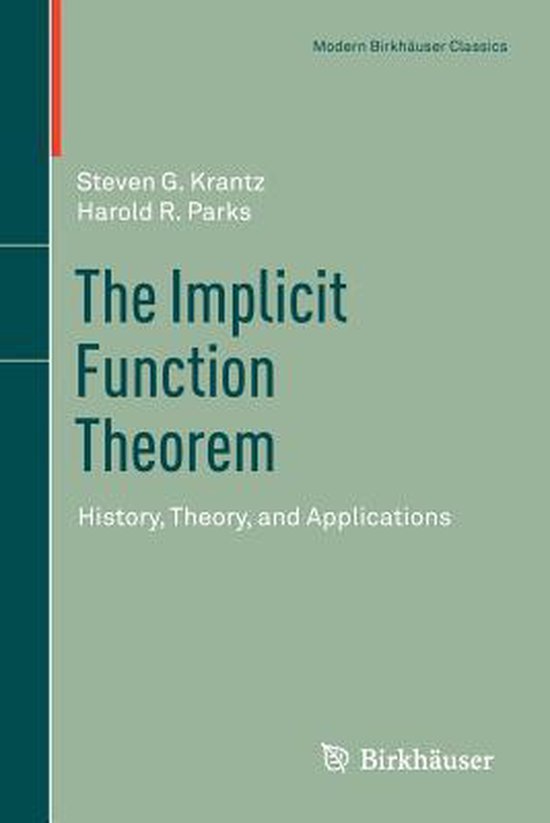 The implicit function theorem is part of the bedrock of mathematical analysis and geometry. Finding its genesis in eighteenth century studies of real analytic functions and mechanics, the implicit and inverse function theorems have now blossomed into powerful tools in the theories of partial differential equations, differential geometry, and geometric analysis. There are many different forms of the implicit function theorem, including (i) the classical formulation for Ck functions, (ii) formulations in other function spaces, (iii) formulations for non-smooth function, and (iv) formulations for functions with degenerate Jacobian. Particularly powerful implicit function theorems, such as the Nash-Moser theorem, have been developed for specific applications (e.g., the imbedding of Riemannian manifolds). All of these topics, and many more, are treated in the present uncorrected reprint of this classic monograph. Originally published in 2002, The Implicit Function Theorem is an accessible and thorough treatment of implicit and inverse function theorems and their applications. It will be of interest to mathematicians, graduate/advanced undergraduate students, and to those who apply mathematics. The book unifies disparate ideas that have played an important role in modern mathematics. It serves to document and place in context a substantial body of mathematical ideas.