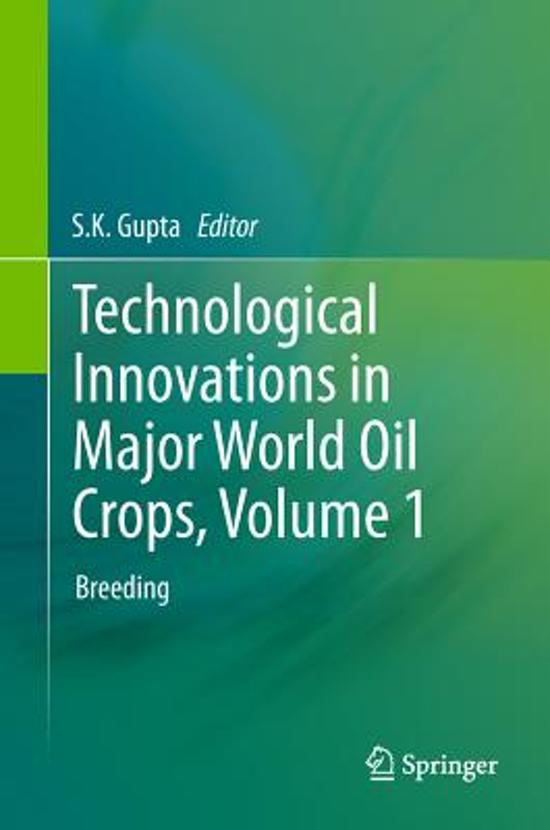 Major world oil crops and their products are among the most valuable commodity in today's world trade. Over the past couple of decades, oilseed production has increased to become the most important world sources of vegetable oils, in response to the rising world population and living standard. Recent technological advances made in breeding major world oil crops have led to higher production and improved product quality.This comprehensive volume encompasses recent innovations and practice in the production and use of different oil crops, including Brassica, Sunflower, Safflower, Cottonseed, Castor, Olive, Coconut, Oilpalm, Sesame, Groundnut, and Soybean. The contributors are leading specialists from different countries of the world. Much of the literature available on these crops is not up-to-date; hence this volume is a ready reference for researchers, breeders, biotechnologists, industrialists, and nutritionists. Dr. Surinder Kumpar Gupta, born in 1959, is currently working as Professor/Chief Scientist (Oilseeds) Plant Breeding & Genetics and Nodal officer in the School of Biotechnology, S K University of Agricultural Sciences & Technology. He holds a brilliant academic and service record and has been devoted to research on Oilseed Brassicas for nearly two decades. He obtained his post-graduate degree and PhD from Punjab Agricultural University. He is a recipient of a post-doctoral Fellowship in Plant Biotechnology and has published more than 100 research papers in esteemed national and international journals, mostly on Brassicas. He has already developed five varieties of rapeseed-mustard, and has written two books and edited three volumes on rapeseed & mustard breeding. For his excellent scientific endeavors, he has been conferred the 'Young Scientists Award: 1993-1994' by the State Department of Science & Technology.