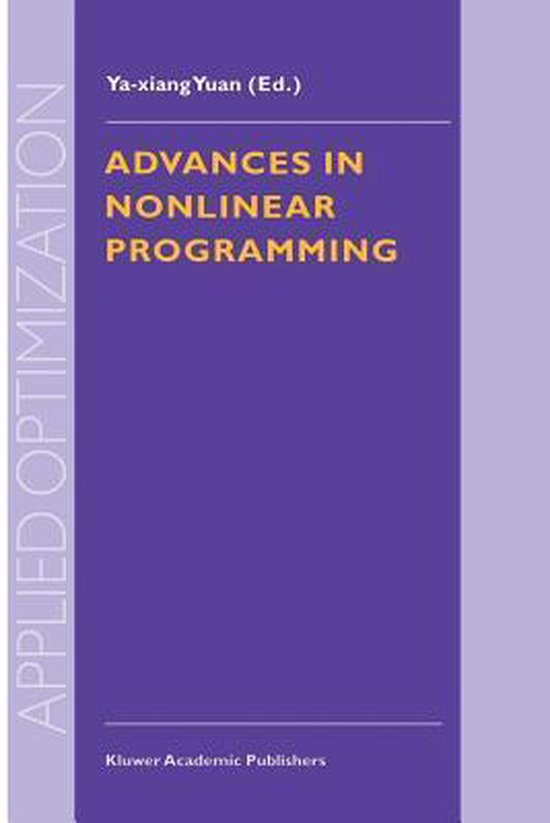 About 60 scientists and students attended the 96' International Conference on Nonlinear Programming, which was held September 2-5 at Institute of Compu- tational Mathematics and Scientific/Engineering Computing (ICMSEC), Chi- nese Academy of Sciences, Beijing, China. 25 participants were from outside China and 35 from China. The conference was to celebrate the 60's birthday of Professor M.J.D. Powell (Fellow of Royal Society, University of Cambridge) for his many contributions to nonlinear optimization. On behalf of the Chinese Academy of Sciences, vice president Professor Zhi- hong Xu attended the opening ceremony of the conference to express his warm welcome to all the participants. After the opening ceremony, Professor M.J.D. Powell gave the keynote lecture The use of band matrices for second derivative approximations in trust region methods . 13 other invited lectures on recent advances of nonlinear programming were given during the four day meeting: Primal-dual methods for nonconvex optimization by M. H. Wright (SIAM President, Bell Labs), Interior point trajectories in semidefinite programming by D. Goldfarb (Columbia University, Editor-in-Chief for Series A of Mathe- matical Programming), An approach to derivative free optimization by A.