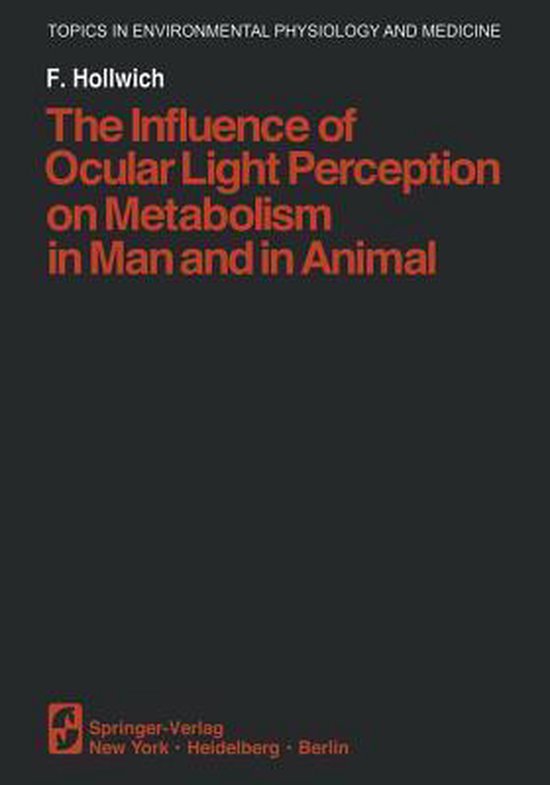 This book was written to show that light is a primal element of life. All life originates and develops under the influence of the light of the sun, that super terrestrial natural force (Goethe). Sunlight influences the vital processes not onlyofthe plant (e. g. , heliotropism, photosynthesis) and the animal (e. g. , color change, maturation of the gonads) but of man as well. The human organism too reacts heliotropically, as the 24 hour rhythm of the sleep-waking cycle demonstrates. of Artists have always perceived clearly the intensive stimulatory effect sunlight on their activity. One is reminded here ofCesare Lombroso, who wrote to his daughter that thoughts come in the greatest profusion when (my) room is flooded with the sun's rays. Richard Wagner exclaimed: Ifonly the sun would come out, I would have the score finished in no time. Bernard Shaw had a little cottage where he worked that could be turned according to the position of the sun. The composer Humperdinck wrote: The sun is indispensable for my work; that is why it is important for me to have my study face east or south. As these few examples indicate, it is above all those active in the arts who intuitively grasp the positive influence of sunlight on the psycho-physical effi ciency of their organism. In an age, however, when fluorescent lighting turns night into day, we are in danger of forgetting that man is a creature of nature as well as of culture.