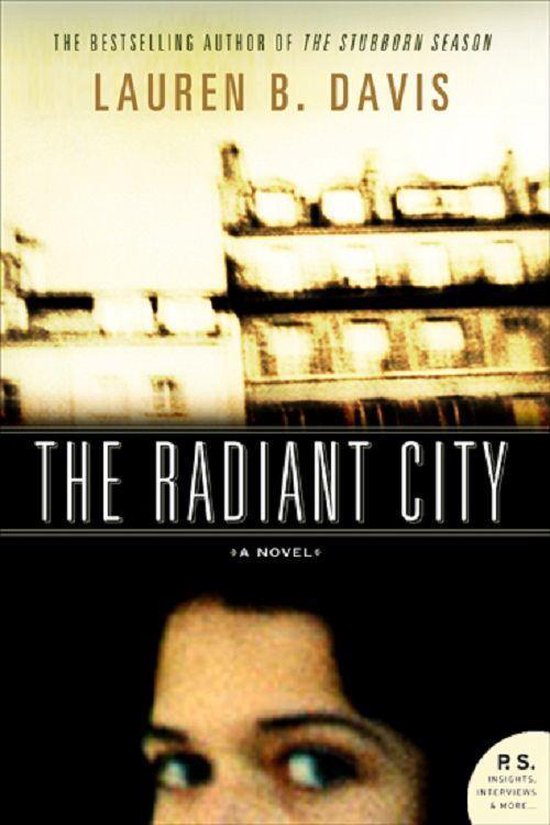 In Paris, the so-called radiant city, Matthew Bowles, freelance journalist, suffers a dark time. Holed up in a bare apartment in the 8th arrondissement, he's recuperating physically, though not emotionally, from injuries sustained in a shooting in Hebron. His memory of the event is murky, and although the media has deemed him a hero -- he may or may not have tried to save a man and his child -- Matthew is repulsed by the attention. Unable to work, Matthew reluctantly agrees to write a book ''about what got you shot'' for which a New York literary agent promises ''six figures on spec.'' This is the project he tries to get on with in those times when he's free from depression, free from the panic attacks triggered by certain sounds or crowd situations. More often than not, Matthew is mired in the memories of other war zones -- Beirut, Herzegovina, Rwanda, Iraq -- where he has worked as a war correspondent. There's a ''sack of skulls'' he carries around with him. Surfacing, as well, are memories of his rural Nova Scotia childhood: a barn on fire, horses trapped. Recollections of his mother -- a woman who held on until Matthew got away from home -- explain, perhaps, Matthew's tender regard for Sadia Ferhat, a Lebanese woman who, with her father and brother, runs a restaurant in Matthew's district. Doing what he can to save Sadia's son, who is teetering on a life of drugs and crime, Matthew's life intersects in surprising ways with former colleague Jack Sadler, photo-journalist and ex-mercenary, now living in Paris and also recovering from war trauma. Jack's presence in Paris is, at first, a comfort. Tough, burly, and resilient, Jack knows how to deal with panic: '''there's part of the brain that always lives in the present tense of the trauma .... doesn't realize that whatever shit happened to you isn't still happening .... convince your lizard brain that time's moved on.''' The intersection of these three lives is Davis's story in The Radiant City, a novel that, like Dante's Inferno, spirals downward. The Paris underground -- literally and metaphorically -- teems with betrayal. The authorial compassion of this book is, however, radiant.


Superb. . . [The Radiant City] is engrossing and convincing . . . packed with smells and sounds and street argot, the minutiae and contradictions of Paris life. Davis's question here is how can human beings look into a heart of darkness . . . and crawl back to the light again?''


''The Radiant City shines. [T]his thoughtful, complex, meditative, at times brilliant novel [is] about the harm we suffer and the comforts we are drawn to when the worst has happened and the world goes on.'' The Globe & Mail


''Anyone who has ever lived in Paris will appreciate Davis's keen sense of atmosphere, her eye for detail . . . The Radiant City is a compelling read, sociologically informed, dark in its subject matter yet illuminating in its insight. . . first rate . . . left us craving more.'' The Montreal Gazette


''In her beautiful new novel, The Radiant City, Canadian writer Lauren B. Davis evokes a Paris that is decidedly on the edge ... a cohesive, beautiful, and stunningly realistic portrait of life on the fringes of the City of Light, far away from the haute couture and tourist destinations that fiction about Paris is known for. . . . In the novel, Paris is the earthly embodiment of light, an illuminated city full of contradictions and a million angles and oppositions that slowly uncover one another. . . . While the book certainly delves deeply into the trauma of war - and Davis should be commended on her excellent research on the subject - The Radiant City is at the heart a novel about recapturing a sense of wonder and belonging. At times it reads like an extended meditation on the value of existence, set in the midst of a city within which, just by walking around, one can see the extremes of human nature. . . The Radiant City answers...with grace, stunning realism, and true insight into what keeps a person - and a city - alive.'' -- The Paris Voice


''It's difficult to put the book down.... gripping cinematic progression . . . the fragmentation and bareness of the prose slices past the wafer-thin charm of surfaces to reveal a deeper reality: the truth of lives undone by violence. The writing communicates with precision and immediacy, and has a cumulative impact. Meticulous details are also part of the recipe to evoke a sureness of place and time. Davis preserves the personal human aspect. And therein lies another of the book's strengths. This story doesn't delve so much into political conflict as it does into conflict on the individual level: it focuses on the blurred greyness between right and wrong, where a person can be caught between 'us' and 'them'. And it forces us, along with the fictional characters, to ask how to be in the world as it is. . . The Radiant City reveals what's beyond the splendour of a setting or the calm expression on a face. This is smooth, engaging writing that doesn't flinch from the rawness that for so many people is life. 'Light is neutral and indifferent.' We can't afford to be. Perhaps that's the most important revelation of all.'' --Books in Canada


''. . . a starkly realistic story of friendship, courage and the effects of violence on the human spirit. Davis's taut, unadorned narrative breathes life into the characters... poignant ...this novel will resonate in the minds of many readers.'' -- The Winnipeg Free Press


''In this moody, exciting, clever novel, people hit the streets of the real [Paris] city neighborhoods . There are new things under the sun... For those who still think life in Paris happens on the Left Bank, The Radiant City is quite an update... Paris as a microcosm for the international movements of people who have been expelled from, or have chosen to leave, their homes... There's a lot to see in The Radiant City. It's a great place to visit and an even better place to live.'' -- The Vancouver Sun


''. . . a startlingly good novel about suffering and redemption. . . . memorable characters . . . A powerful and well-written story.'' -- The Toronto Sun


''Beautifully wrought style of prose. . . an intensity of images and ideas not easily left behind with the closing of the back cover . . . a story of modern times to haunt any reader with a conscience.'' -- The New Brunswick Reader