So You Want to Be a Professor? 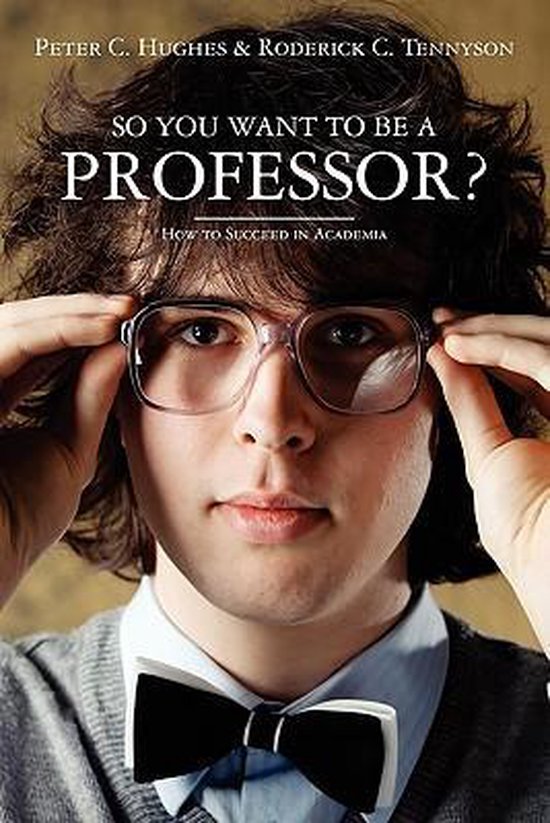 If the prospect of being a professor seems interesting, this book is for you. If you have already committed yourself to an academic career, then find out what options are available to you now, before time runs out! This book is a primer on how to succeed in this challenging — yet rewarding — vocation. The following target audiences will discover the fascinating world inhabited by professors, and for those already in the profession, a multitude of career options that are available to you: graduates, contingency faculty, new tenure-track professors, newly tenured professors, and mature tenured professors.This book first describes the range of academic careers, their opportunities and pitfalls, including the concept of tenure, the long sought goal of most aspiring academics. One of the benefits to an undergraduate reader is an opportunity to get inside the world of the academic and examine the many different career paths that are available, once the tenure hurdle is overcome. This book also includes much advice from detailed interviews with other academics who have achieved ‘stardom’ as leaders, scholars, researchers, entrepreneurs and teachers. Among our interviewees are the presidents of four leading universities (two American, two Canadian). Importantly, the authors and most of the interviewees have, in addition to their academic achievements, substantial experience in the public sector and private business; they can see from the outside as well as from the inside. Still, not all of such pre-tenure counsel has the professor as client. Much of the pre-tenure advice, on the contrary, is based instead on what the university wants. While not suggesting that an employee who wishes to pursue a successful career should aim to do the opposite of what his or her employer prefers, it would equally be folly to suggest that the employer’s interests and the employee’s interests are identical! In contrast with the pre-tenurial context, what one should do post-tenure is more mysterious. It is less written about (from the professor’s viewpoint); less discussed; less codified; more based on cryptic insinuations, private discussions with mentors, and just plain guesswork — hardly a solid framework within which to plan a successful career. There is much more to consider, as we shall see. Thus this book then assists with the post-tenure career period — hardly a brief interlude, more like virtually all one’s life as an academic and most of one’s life on Earth. For academics to treat their post-tenure professional life as a black art is simply not acceptable. We see the achievement of tenure as the grand (creaking?) opening of very large, very heavy doors, revealing an exciting post-tenure world beyond. As for the “black art,” effectively equivalent to ignorance, we hope to shed light on the many exciting possibilities that can bloom in the post-tenure world; to broaden the options seriously available; and to suggest strategies for choosing and pursuing these options.The authors recognize that in most North American universities there exists a two-tier academic system: those on a path to tenure, and those hired on contingency contracts (non-tenure stream). It is important to the graduate student contemplating an academic career to realize that, unlike his professors who are close to retirement, tenure stream appointments are no longer the norm and are becoming less frequent. However, this book will still be of value to contingency faculty, virtually all of whom aspire to tenure stream appointments.The authors’ objectives for this book include the following: Help readers gain a better insight into the world of academe; Define issues relevant to choosing an academic career and provide guidance in reflecting on these issues; Assist other professors to broaden their perspectives; and, most of all, Help our fellow academics to plan their careers.