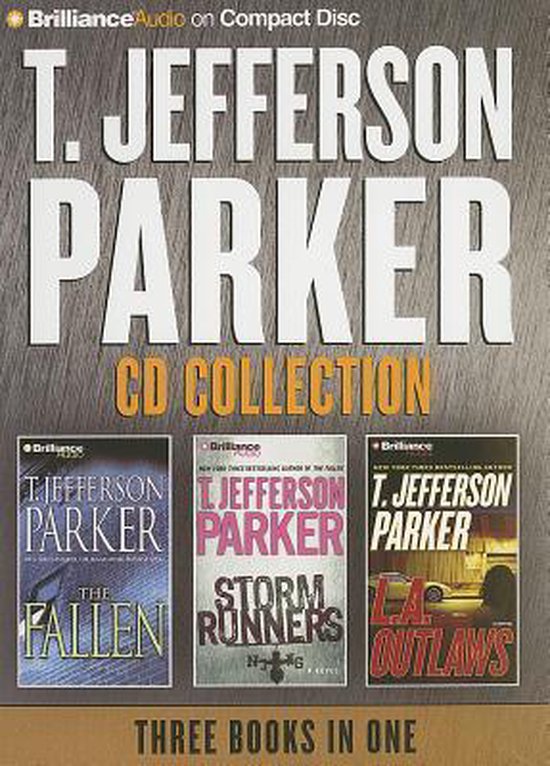 The Fallen:When Garrett Asplundh’s body is found under a San Diego bridge, Robbie Brownlaw and his partner, McKenzie Cortez, are called on to the case. Garrett left the SDPD to become an ethics investigator, looking into the activities of his former colleagues. At first his death looks like suicide, but the clues Brownlaw and Cortez find just don’t add up. Was Garrett’s death an “execution” or a crime of passion, a personal vendetta or the final step in an elaborate cover-up?Storm Runners:Matt Stromsoe has come a long way since his wife and son were killed in an explosion meant for him. The man responsible for the murders is behind bars and Stromsoe has put the past behind him, rescued from the abyss by a former colleague who offers him a job at his private security firm. Stromsoe’s first assignment is to protect local television personality Frankie Hatfield from a stalker. But the further Stromsoe is drawn into this case, the more he finds that the net of intrigue is wide and ultimately leads back to the man who killed his family. L.A. Outlaws:Los Angeles is gripped by the exploding celebrity of Allison Murietta, her real identity unknown, a modern-day Jesse James with the compulsion to steal beautiful things, the vanity to invite the media along, and the conscience to donate much of her bounty to charity. Nobody ever gets hurt - until a job ends with ten gangsters lying dead and a half-million dollars worth of glittering diamonds missing.