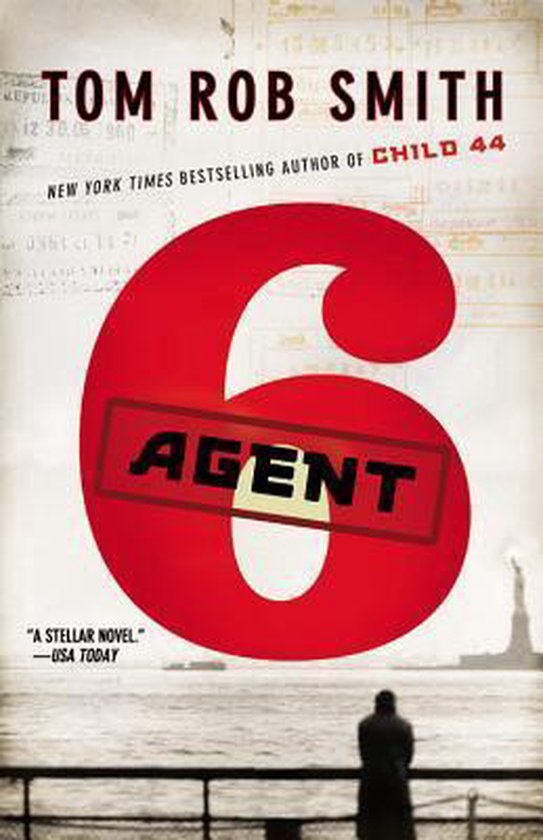 Tom Rob Smith's debut, Child 44, was an immediate publishing sensation and marked the arrival of a major new talent in contemporary fiction. Named one of top 100 thrillers of all time by NPR, it hit bestseller lists around the world, won the CWA Ian Fleming Steel Dagger Award and the ITW Thriller Award for Best First Novel, and was longlisted for the Man Booker Prize.
In this spellbinding new novel, Tom Rob Smith probes the tenuous border between love and obsession as Leo Demidov struggles to untangle the threads of a devastating conspiracy that shatters everything he holds dear. Deftly capturing the claustrophobic intensity of the Cold War-era Soviet Union, it's at once a heart-pounding thriller and a richly atmospheric novel of extraordinary depth....

Leo Demidov is no longer a member of Moscow's secret police. But when his wife, Raisa, and daughters Zoya and Elena are invited on a "Peace Tour" to New York City, he is immediately suspicious.

Forbidden to travel with his family and trapped on the other side of the world, Leo watches helplessly as events in New York unfold and those closest to his heart are pulled into a web of political conspiracy and betrayal-one that will end in tragedy.

In the horrible aftermath, Leo demands only one thing: to investigate the killer who destroyed his family. His request is summarily denied. Crippled by grief and haunted by the need to find out exactly what happened on that night in New York, Leo takes matters into his own hands. It is a quest that will span decades, and take Leo around the world--from Moscow, to the mountains of Soviet-controlled Afghanistan, to the backstreets of New York--in pursuit of the one man who knows the truth: Agent 6.