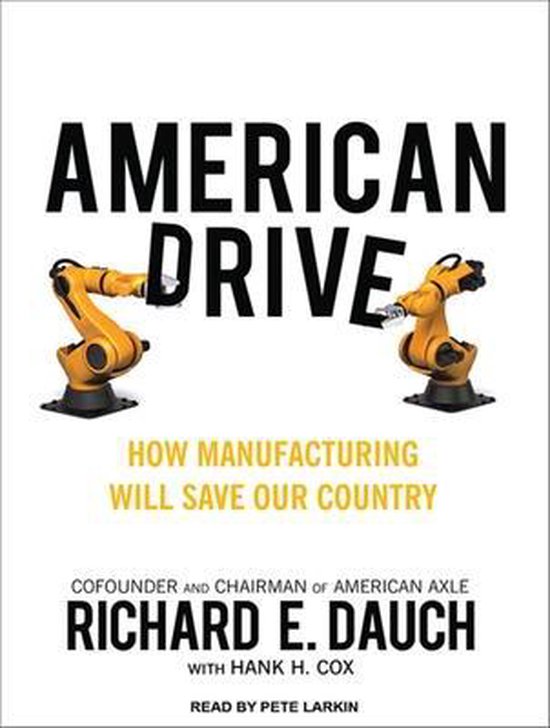 Politicians, voters, executives, and employees all want the answer to one question: How can America compete with cheap foreign labor, and restore skilled, well-paying jobs to our economy? American Drive answers that question.An executive with nearly thirty years in the trenches of the hard-nosed Detroit automobile industry, Richard E. "Dick" Dauch had long dreamed of running his own manufacturing company. From his first job on the plant floor at General Motors to his crucial role in helping to rescue Chrysler from the brink of bankruptcy, Dauch focused passionately, and relentlessly, on quality, productivity, and flexibility in manufacturing. In 1993 he took on the challenge of his life, buying a lagging axle supply and parts business from GM, along with five rusting, unprofitable, union-controlled, near-decrepit plants in the heart of a crime-ridden Detroit and a deteriorating environment in Buffalo, New York.The newly created "stand-alone" company was named American Axle and Manufacturing. Dauch set out to create a world-class industrial automotive manufacturer. He bought and bulldozed the crack, liquor, and prostitution businesses that surrounded the company and rebuilt the plants. He upward educated, trained, and expanded the skill sets of the workforce, struck tough bargains with unions, and solved massive quality problems that were costing tens of millions every year and undermining customer satisfaction. Within one year of opening the doors, AAM had turned an astounding sixty-six million dollars in profit.In American Drive, Dauch narrates the story of AAM against the backdrop of his nearly fifty years in the auto industry, from its glory days to its decline in the face of foreign competition, government bailouts, battles with unions, and the recent Great Recession. Tough, smart, inspiring, high-energy, and opinionated, Dauch offers memorable lessons on leadership, advanced product technology, communication, negotiation, and making profits in the most difficult times. Dauch's story transcends the auto industry and draws a blueprint for job creation, manufacturing competitiveness, economic growth, and excellence in America.