Obama on the Couch 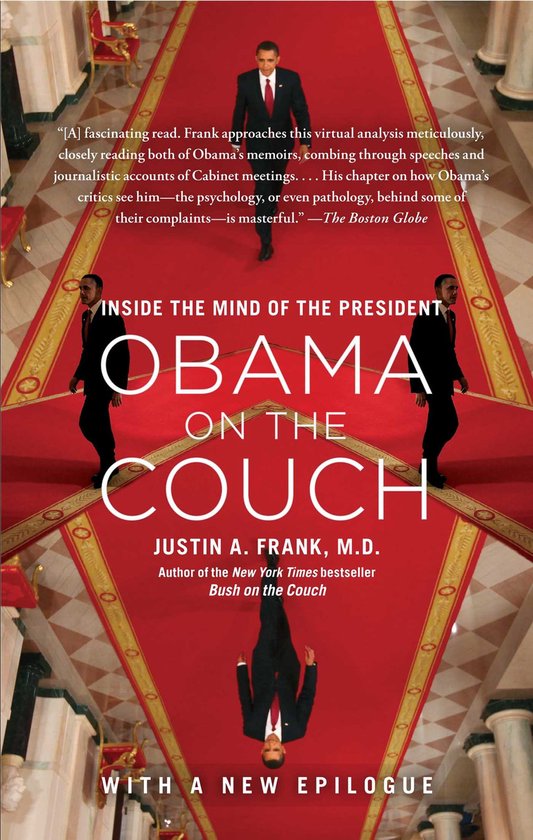 What happened to the Barack Obama that America voted for? Now available in paperback with exclusive new material, bestselling author and psycho-analyst Dr. Justin Frank provides fresh and exciting insights into President Obama's psyche, offering a perspective on his transformation in office that will continue to inspire debate leading right up to the 2012 election.

Even though he's three years into his term as President, many Americans feel like they don't know the "real" Barack Obama. From the idealistic campaigner who seemed to share our dreams, and who promised to fulfill our lofty expectations, to pragmatic politician who has repeatedly compromised on the promises of his campaign, it indeed seems as though there are two Obamas. What to make of this? How can the electorate get a better sense of its commander-in-chief, and how can the President more effectively lead a nation in a moment of turmoil and crisis? These questions are of great interest to most Americans, but the questions – and their potential answers – are especially intriguing for a psychiatrist eager to diagnose and help cure the ills that plague our country. Here, Justin Frank, M.D. ,a practicing psychoanalyst and the author of the New York Times bestseller Bush on the Couch - brings a new patient into his office, and the results of his sessions are not only fascinating, but they provide valuable insights that will help readers in their frustrating pursuit of the President's character.

Obama's transformation over the course of his brief but incredibly well-examined political career has left some supporters disillusioned and has further frustrated opponents. To explore this change in behavior, and Obama's seeming inability to manage the response to his actions, Dr. Frank delves into his past, in particular, the President's turbulent childhood, to paint a portrait of a mixed-race child who experienced identity issues early in life, further complicated by his father's abandonment. As he addresses everything from Obama's approach to health care reform, his handling of the Gulf Oil spill, to his Middle East strategies, Dr. Frank argues that the President's decisions are motivated by inner forces - in particular, he focuses on Obama's overwhelming need to establish consensus, which can occasionally undermine his personal—and his party's—objectives. By examining the President's memoirs, his speeches, and his demeanor in public, Dr. Frank identifies the basis for some of his confusing or self-defeating behavior. Most significantly, he looks at the President's upbringing and explores the ways in which it has shaped him—and what this means for our nation and its future.

Obama is a complex and mysterious figure who inspires many questions and great interest from Republicans, Democrats, and from the rabid 24-hour news cycle; this book provides what everyone's been looking for: an intriguing and provocative assessment of the President's strengths, weaknesses, and even what could be called his destructive tendencies, ultimately drawing connections that will enable readers to interpret recent history in revealing new ways.

As Obama's first term comes to a close, speculation about the future will only grow more intense; Obama on the Couch will give average citizens and pundits alike a way to help all of us anticipate what the President will do next—and what the future of our country might hold.