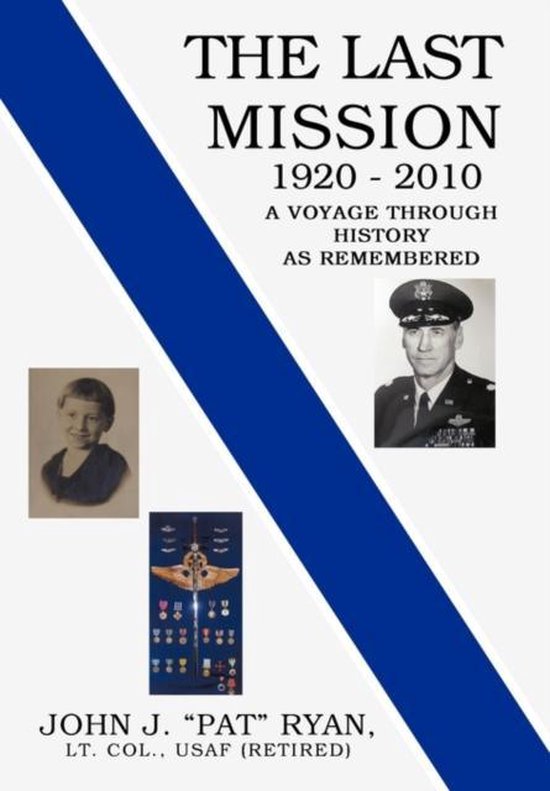 It is one thing to study history and its quite another to have lived it. John J. (Pat) Ryan, a retired USAF lieutenant colonel has done just that. Born in Pittsburgh, Pennsylvania in 1920, he grew up during the Great Depression. When Japan bombed Pearl Harbor, Pat applied for and was accepted into the U.S. Army Aviation Cadet program. To fly had been his lifelong dream and WWII gave him his chance to make it come true. He was one of the blessed ones that survived combat in WWII, the Korean War, the Viet Nam War, and the Berlin Airlift.


His story starts at a time when aircraft and autos were scarce, family radios and television were non-existent, movies were silent and in black and white. During the Great Depression many families had to learn to do more with less to survive. For some people, WWII created jobs in both civilian and military areas. The fortunate ones were those who survived and didnt lose too many family members and friends. Pat was one of the lucky ones.


It was in Japan on loan to the CIA where he met his wife-to-be, Mae, during the Korean War. She had been in the OSS in Italy in WWII and at the post-war Nuremberg War Crimes Trials. They had started to write a book of their lives but Mae was stricken with terminal cancer and passed away only five days after she gave final approval to her publisher. The book is entitled A Woman Ahead of Her Time. The Last Mission completes the dream Ryan shared with his wife, and it brings home the lessons of war and humanity, of responsibility and faith, of family and love.


Come fly as his co-pilot through a life of adventures, struggles, victories and defeats as he tries to live his life as truly, honestly and fully as any man can.